The intention is to offer a robust and fully open source real-time data ecosystem with the latest additions of (what is a beta service of) Aiven for Apache Flink, a stream processing framework – and Klaw, a data governance tool for Apache Kafka.

Aiven claims to be the first company to offer managed Apache Kafka in the cloud (that was back in 2016) and says that with recent acquisition of Klaw, Aiven now provides a portfolio of solutions and services around Apache Kafka to let customers transport, manage, process, operate and efficiently govern their organisation’s streaming data in real-time.

“Aiven is on a mission to manage software that makes developers’ lives easier – and with our complete, open source streaming ecosystem of technologies around Aiven for Apache Kafka, we’re able to do just that and more for our users,” said Helsinki Finland-located Oskari Saarenmaa, CEO and Co-Founder of Aiven. 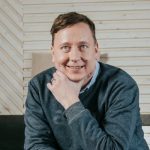 Aiven for Apache Kafka: the core event streaming framework, allowing real-time data transport to manage, operate and transport data streams in one place, with the ability to also integrate with other Aiven services, cloud regions and external systems.

Aiven for Apache Flink (beta): is a managed, fully open source streaming SQL engine for stateful stream processing over data streams – and Karapace: is an open source Kafka Schema Registry that applications can access to serialise and deserialise messages with popular formats such as AVRO, Protobuf and JSON.