LF Networking (LFN) is the label used by the Linux Foundation to denote the coming together of seven top networking projects.

In other (arguably more straightforward) words, LFN is an open source networking stack.

The openly stated aim of LFN is to increase harmonisation across platforms, communities and ecosystems.

This December 2018 sees new platform releases from ONAP (Casablanca) and OPNFV (Gambia) with additional support for cross-stack deployments across use cases such as 5G, Cross-Carrier VPN (CCVPN), as well as enhancements to cloud-native VPN.

The team as a whole state that ONAP exists to help end users to automate, design, orchestrate and manage services and virtual functions — they say it has now expanded into a scalable platform with multiple, parallel threads.

“We view standardisation and openness as critical solution requirements for realization of the dynamic and automated service-driven network, and we are very pleased with the results that ONAP is providing in accelerating speed to market and vendor innovation for our customers”, said Anthony Goonetilleke, group president for entertainment, media and technology at ONAP member Amdocs.

Goonetilleke suggests that he and his team are seeing ‘significant positive momentum’ from customers who are starting  to use ONAP to expose and orchestrate their networks-as-a-service.

Also highlighted is OPNFV — a system-level integrations, deployment, testing and feature development project — which is designed to advance the state of NFV around cloud native and moves toward implementing continuous delivery (CD) to support DevOps.

Expansion of the OPNFV Verification Program (OVP) is also underway.

Other ONAP member quotes on the current status of the project are linked here. 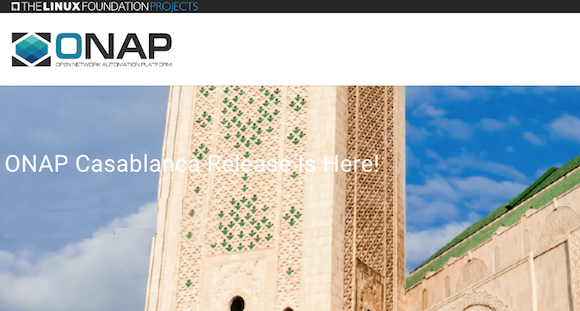