Kubecon CloudNativeCon North America 2021 was one of the very first In Real Life (IRL) conferences to be staged in the wake of what we all hope is the start of the tail end of the Covid-19 pandemic.

Although actually hybrid and not wholly IRL with many attendees, analysts and press dialling in remotely, the Los Angeles convention centre did reverberate to the sound of people walking around (many of the proudly displaying t-shirts proclaiming their nerd or geek status) for most of the week in mid October this year.

Among the firm’s present was open source database company DataStax.

Sharing his views on the event for Computer Weekly Open Source Insider is Patrick McFadin in his role as vice president for developer relations at DataStax.

McFadin said that between last year’s KubeCon and this year’s event, the attitude around running stateful data workloads on Kubernetes has completely changed.

“A year ago, if you asked about stateful workloads on Kubernetes, the response would be ‘Interesting, but not for me, thanks’. This year, it’s something that a lot of developers are adopting as it fits alongside how they implement the rest of their application infrastructure, and how they want to run their services and scale them up,” said McFadin.

He notes that the discussion now is all about how the market around Kubernetes is getting more mature, and how the wider approach to infrastructure is evolving.

“There are more Operators to integrate and run those database instances on Kubernetes… and there is more understanding about how this can integrate together to make this easier. Developers and DevOps teams want more consistency around how they manage what they have in place, and when you have multiple databases and data services to manage, Kubernetes has become that central point for management,” said McFadin. 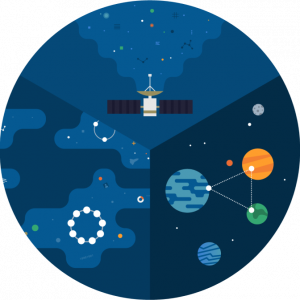 He notes that this standardisation will be important to help everyone keep up with their plans on where they want to go around applications and what they want to build for their business.

Clearly, the more consistent and efficient we can make things, the faster we can all go.

“This also ties into what the Linux Foundation found around interest in Kubernetes spiking by 455 percent in the last two years, in their last open source jobs report. There are people out there with skills around data and the number of specialist DBA roles out there is falling. Instead, teams want Site Reliability Engineers (SRE) that can handle infrastructure,” said the DataStax man.

McFadin leaves us with a final point by saying that data is going to be an essential part of all infrastructure, particularly as it moves to being implemented as stateful workloads on Kubernetes and then implemented on-premise, in the cloud or in hybrid environments.

The move and migration from DBA to SRE could be now, game on.