Kubernetes is quite popular.

The open source cloud container orchestration technology has grown faster, wider and more broadly than almost any other aspect of IT in recent years… so we can go further and day more.

Kubernetes is the foundation for hybrid cloud… and hybrid cloud forms the bulk of our forseable future technology substrate.

These words belong to Mithun Dhar in his role as vice president and general manager for developer tools and programs at Red Hat.

Is Dhar on point or off-balance?

Anyone reading this year’s Stack Overflow Developer survey would say he’s on point i.e. the technology remains among both the most loved and most wanted tools around.

But much like Red Hat’s work to assess (and indeed help train) developers on the complexities of Hadoop, Kubernetes is often thought of as a technology where the current global skills base and developer competancy level is not established enough.

Dhar points to Kubernetes-focused training resources like Kube by Example as potentially ‘quite useful’ resources.

This collection of Kubernetes-focused tutorials, news and community interaction is supported by Red Hat.

There are now three new learning paths in this initiative.

‘AI and ML on Kubernetes’ — This learning path explores different ways Jupyter Notebooks can be used alongside other services available on Kubernetes to build interactive computational environments that help solve common problems in the AI/ML space.

As noted here on towards data science, “The Jupyter Notebook is an open source web application that allows developers to create and share documents that contain live code, equations, visualisations and narrative text. Its uses include data cleaning and transformation, numerical simulation, statistical modeling, data visualisation and machine learning etc.”

“This learning path illustrates how technologies like Helm and Operators can be used to simplify the process of packaging, deploying and running containerised applications on Kubernetes… and then [move forwards to start] taking advantage of powerful capabilities in Ansible to automate them. This path also introduces learners to the Go programming language underlying many of the Operator framework and Helm chart subsystems,” said Dhar.

Thirdly here there is a ‘Migrating to Kubernetes’ module. 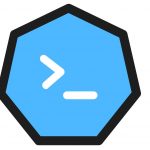 The Red Hat team says that developers will discover various funcions in Konveyor, an open source tool used to modernise and migrate applications for open hybrid cloud environments and the techniques that can accelerate rehosting, replatforming, and refactoring applications to Kubernetes.

“In addition to the new learning paths, we are improving the overall functionality of Kube by Example by adding new features aimed at giving ‘learners’ a greater ability to engage more deeply with the community curriculum instructors. For instance, we are in the process of enhancing the search capabilities and course tagging to make it easier to find individual courses; adding course ratings to give learners the ability to share feedback on the full breadth of Kube by Example training,” said Dhar.

Red Hat is also introducing a new blog and community hub where people can ask questions and begin to interact with one another.

The company says that (in the true spirit of open souce) it welcomes everyone to share questions, feedback and ideas.