PDFium is an open-source PDF “rendering engine” that will be folded into the Chrome browser.

“For contributing code, we will follow Chromium’s process as much as possible,” says Google.

PDF rendering is the term used to describe the translation and transport of (usually) web-based pages into PDF format directly on-screen and (usually) for onward use as a saved file, for despatch to a mobile device or for printing.

Google has drawn on PDF the rendering expertise at Foxit Software to develop its own rendering engine in this case.

The code for this PDF tooling was (in parts) previously closed source and proprietary, so this open sourcing brings the total pedigree of the Chrome project into cleaner space.

There is no known monetary benefit to Google for taking this action.

Chrome senior software engineer Peter Kasting has explained that Google has long tried to ensure as much of Chrome as possible is available openly as Chromium.

A number of elements (like the Flash and PDF plugins) stood out here as Google did not have a license to release them.

But now with PDFium says Kasting, one of those major moving parts is now open as well.

This is great for a lot of reasons in Google’s view.

“It reduces the number of closed pieces of Chrome, and thus the surface area for which people can be suspicious that we’re doing something shady. It makes a high-quality PDF plugin available to users who only want an open-source product and were using Chromium as a result. It is almost certainly the highest-quality PDF engine available in the open-source world, and can now serve as a reference for other projects, or be included in other browsers based on Chromium or other open-source projects entirely,” said Kasting. 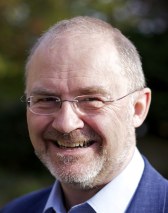