The firm is stressing its general (i.e. width and breadth) applicability by now noting that it’s MongoDB Atlas database can handle multi-cloud clusters.

This means that IT teams can deploy a fully managed distributed database across Amazon Web Services (AWS), Google Cloud and Microsoft Azure simultaneously.

It sounds like a perfect world of deployment variety, spanning multiple cloud providers without the added operational complexity of managing data replication and migration across clouds.

In reality, would any organisation really go for that level of dispersed deployment? Let’s see how confident MongoDB is.

President & CEO of MongoDB Dev Ittycheria reminds us that up to now [most] companies have been limited to running individual applications on a single cloud provider.

MongoDB Atlas multi-cloud clusters enables organisations to extend the geographic reach of their applications by allowing them to replicate data across all three major cloud providers to any of the currently 79 supported cloud regions worldwide.

From onerous to harmonious

The firm says that multi-cloud clusters also gives organizations the flexibility to seamlessly migrate their data — a typically onerous challenge — from one cloud provider to another to meet the changing needs of their application or business requirements.

So again, MongoDB sees now major challenge in terms of data migration charges stemming from the Cloud Services Providers (CSPs) themselves; the company is saying it has paved the way for cloud flexibility.

“MongoDB Atlas multi-cloud clusters lets developers leverage the best offerings from each cloud provider, including services such as AI, analytics, and serverless development products. For example, an organisation running its applications on one cloud provider would be able to easily use another cloud provider’s AI and machine learning services on its operational data without dealing with the complexity of the movement of data,” said the company, in a press statement.

Computer Weekly Open Source Insider put the suggestion to MongoDB that cloud migration tools are nice in concept, but practically (and in the real world), the complexities of cloud often make any lift-and-shift functions very tough and companies are often tied in quite tightly to single provider cloud contracts that make real agility this kind too tough to pull off.

Mat Keep, senior director, product & solutions at MongoDB agreed that migrating applications across clouds is highly complex… and highlighted the fact that at the centre of it all is the data.

“All of your applications rely on and revolve around data. So even if your application code is containerised and you build against a ‘write once, deploy anywhere’ philosophy, that app is not going anywhere if the data isn’t. Data also happens to be the hardest piece to move which is why vendors make a big deal out of data migrations by branding an articulated lorry and driving it to your data centre. When moving data across clouds, you have the challenge of provisioning different data infrastructure on different clouds, and then handle the complexity of reliably moving and securing access to it,” said Keep.

Going further, Keep notes that with MongoDB Atlas multi-cloud clusters, the company abstracts all that away from the user, who is left to define where they want that data to reside.

“We handle the rest of it as part of our fully managed Atlas multi-cloud service. The migration is handled by built-in automation so there’s no manual intervention or downtime required. Plus the data management experience stays the same, no matter what cloud you’re using. This gets you a long way towards the freedom of a multi-cloud vision, and with MongoDB Atlas, we solve one of the hardest pieces of that,” he added.

As an additional benefit here, multi-cloud clusters enables cross-cloud resiliency, which protects against region-wide incidents isolated to a single cloud platform — something nobody could argue with.

In such a situation, MongoDB Atlas can automatically failover to another cloud serving the same geographic area, preserving low latency access to data and compliance with data residency requirements. 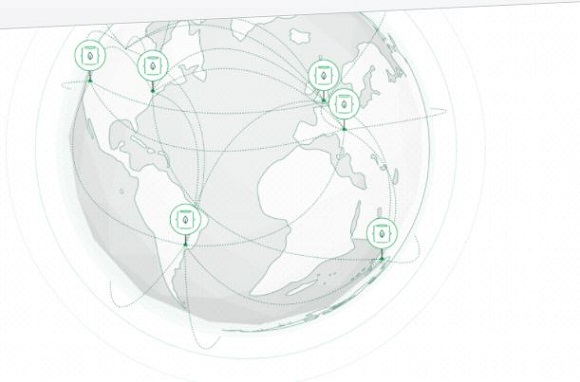