There’s a time-honoured technique in quality professional journalism throughout the trade, broadcast and regional press, especially in the era of the web: never use a pun, or any element of wordplay in a headline.

FOSS Responders has ruined that.

This story is an announcement headline with wordplay that may be the exception that proves the rule.

The FOSS Responders group (get it? … like first responders… but from a group of individuals passionate about Free and Open Source (FOSS) software application development and platforms)  has come together to crowd-source support for FOSS contributors and organisations affected by COVID-19 pandemic, especially in the face of event cancellations.

The cancellation of FOSS events has had a significant impact on organisations and projects that either rely on events for funding or to promote their work to potential donors and sponsors.

As an example, the Open Source Initiative (the organisation that ratifies open source licences) has said it needs nearly half a million pounds to meet its funding goals for 2020.

Similarly, the Drupal Association has had to layoff employees after cancelling events and needs to fundraise almost the same amount.

“During [our] funding events [in line with this initiative], we will be giving out our first awards to FOSS organisations,” said Alyssa Wright, director of partnerships and community at Open Source Collective. “This will benefit large foundations, such as Tor and Electronic Frontier Foundation, to smaller teams, including Berlin Buzzwords, which runs a German Open Source data management event, and Open Source Matters, which supports Joomla, a popular open source CMS.”

According to FOSS Responders’ research, Over 173 events have been cancelled, postponed or pushed into virtual events since the outbreak began.

FOSS Responders has responded to this disruption by raising a $115,000 support fund, which is made from individual donations and generous donations from its partners (DigitalOcean, Ethereum Foundation, GitHub, Google, Linux Fund, Indeed, Open Source Collective, Open Collective, Sentry and the Alfred P. Sloan Foundation). 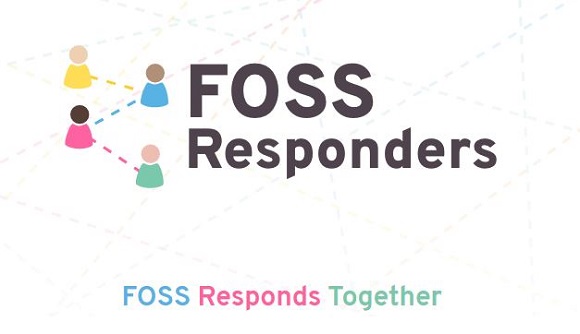