NoSQL database company Couchbase has moved off the sofa (the firm is no couch potato, get it?) and come forward with new features aligned to allow ‘deployers’ to build (and scale) applications.

The new version of Couchbase Autonomous Operator is enables Kubernetes-based application deployers to bring in a database ready for flexibility and micro-services.

That was ‘deployers’, not ‘developers’ — right?

So rather than talking about software engineers with a pure-breed approach to programming, languages and the command line… we’re talking about sysadmins, DBAs and upwards to software programme managers (let’s also throw in data-developers and other DevOps types from the Ops team that have a good Dev head on them in that case) who might be tasked with the architectural responsibilities of bringing cloud-based data systems into being and ensuring that the workflows inside them are fed with the appropriate levels of system resources in order for them to function.

What kind of organisation might be focused on this technology?

One that is looking to deploy, manage and scale hundreds of database instances and clusters in an environment where they are able to use hybrid-cloud platforms.

Couchbase Autonomous Operator 1.2 new features include automated upgrade of Couchbase clusters and automated rolling upgrade to Kubernetes clusters. There is also support for Helm Charts — Helm allows users to templatise their Kubernetes manifests and provide a set of configuration parameters that allows users to customize their deployment — to simplify their installation and deployment.

Specifically for developers, Autonomous Operator 1.2 allows programmers to perform automated upgrades of Couchbase Server clusters. Upgrading an entire Couchbase cluster is done by specifying the desired Couchbase version in the configuration and then pushing it to Kubernetes.

With support for automatic rolling Kubernetes upgrades, Autonomous Operator 1.2 clams to be able to lighten the load of upgrading the enterprise Kubernetes or OpenShift cluster, while ensuring that the Couchbase deployment doesn’t experience any downtime or data loss.

Senior director of engineering at Couchbase Matt Ingenthron thinks that we’re all on a road searching for the perfect, flexible system that makes the promise of hybrid, multi- cloud deployments with both their database and app tier a reality.

“With this release, Couchbase is ahead of other databases and much closer to that panacea. It is now possible for development teams to build the Couchbase Autonomous Operator into their development and continuous integration pipelines on a public cloud like GKE, EKS or AKS and then hand off updates to their DevOps team to deploy to on-premises Red Hat OpenShift infrastructure. This removes friction and time in both development and deployment, getting features in releases much faster than before,” said Ingenthron.

The 1.2 release also refreshes support for Red Hat OpenShift to the latest release.

This cloud-agnostic approach is supposed to avoid vendor lock-in and allows enterprise customers with multi-cloud strategies to deploy, manage and move their applications to and from any cloud, at any time. 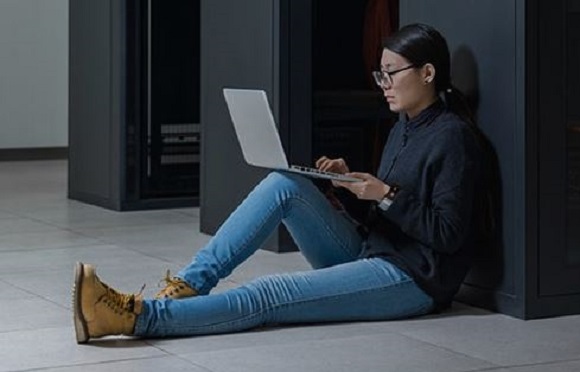 No loafing around for Couchbase deployers — image: Couchbase.