Oracle used the Code One section of its Oracle Open World 2019 conference to detail some of the more developer-centric elements of its total platform.

Code One derives its name from JavaOne, the developer conference staged every year by Sun Microsystems until its acquisition by Oracle in early 2010.

Key among the announcements was Oracle Cloud Free Tier, an offering of ‘always-free’ services for data-developers to test run the company’s self-driving Autonomous Database and Oracle Cloud Infrastructure for an unlimited time.

The promise to developers, students, hobbyists (and indeed others) is an option to explore the full functionality of the database and cloud infrastructure layer including Compute Virtual Machines (VMs), use of both block storage and object storage… as well as access to Oracle Load Balancer – a combination that is said to offer all the essentials for developers to build complete applications on Oracle Cloud.

The technology on offer here remains free for as long as it is used.

This initiative enables developers to build applications using any language and framework — they can get started quickly without waiting for IT to provision and learn new technologies such as artificial intelligence and machine learning.

In the Oracle Code One keynotes zone, the company detailed what it likes to call ‘intelligent applications’ that use machine learning and data from multiple sources to make predictions and suggestions.

Developers and data scientists were told how they can build cloud native, serverless apps using machine learning algorithms in a transactional-analytical database and cloud infrastructure.

We also heard the story of Oracle Cloud Todd Sharp, who took his 13-year-old daughter to the hospital for a test to find out that she had Type 1 diabetes. He has worked with Oracle on technology to improve her life.

“My 13-year-old daughter was recently diagnosed with diabetes. She is one of 400 million people worldwide who has to live with this disease for the rest of her life — and I am determined to be with her every step of the way. Thanks to technology, I can help her to easily calculate her carbohydrate consumption to help her determine her next insulin dose. This is my attempt as a father and a developer to address a real-world problem with technology, and hopefully inspire others to do the same.

According to Oracle, “Data science is the methodology and process by which a business culture of experimentation empowers developers to transform data into value. Transforming data-to-value includes insights discovery, informed decision support, and intelligent next-best action.”

Oracle says it wants developers to connect with the company as they ‘building the value chain’ that connects data (inputs) to emerging AI technologies (outcomes).

Aside from the keynote, Oracle developers detailed the company’s work to build Oracle API Gateway.

This is a platform for managing, delivering and securing web Application Programming Interfaces (APIs). It provides integration, acceleration, governance and security for API and SOA-based systems and is available on Windows, Linux and Solaris.

We know that every company in every vertical now has to reinvent itself as a technology company… and, in a world where even your grandmother knows what an app is, every company has to be a developer-centric software-driven cloud-first company… and that’s pretty much exactly where Oracle has positioned itself. Larry might still love his database, but even he knows that the code is king. 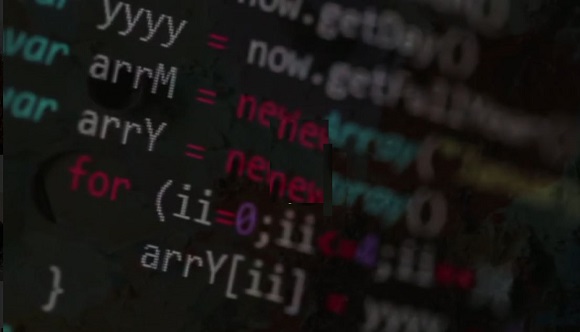