I’d like to coin a new industry term: “cloud coupling”. This noun (and also a verb) describes the conjoining of two or more (generally large) data sets across various applications, cloud services and social media streams.

This term was thrown up after reading up on a company called SnapLogic this weekend. Describing itself as a ‘cloud connection’ company, SnapLogic recently released SnapReduce — a product designed to connect large data integration between business applications, cloud services, social media and the open source Hadoop software framework that supports data-intensive distributed applications.

See the connection yet?

1) A modern company has massive streams and repositories of both structured and unstructured data.

2) Our company not only use Hadoop, but also uses MapReduce, a technology developed by Google almost a decade ago to support distributed computing on large data sets held on computing clusters.

3) Mix the complexity of Hadoop’s computational model, the need to integrate with MapReduce and a combined lack of universal connectivity — and suddenly it becomes really hard for the company to reap business benefits from its so-called “big-data” operation.

Enter cloud coupling, or as SnapLogic would call it, SnapReduce.

“Businesses hungry to mine big data using Hadoop are hitting a wall when it comes to connectivity with business applications. Current solutions for big data integration require strong parallel programming skills and are thus complex and time-consuming to create, often requiring several technologies to get and use big data with Hadoop,” said Gaurav Dhillon, CEO, SnapLogic.

“As companies add cloud applications to their stable of enterprise applications, they need an easy solution for connecting to Hadoop that can reliably handle both the volume and complexity of big data.”

Dhillon continued, “SnapLogic’s approach to application and data integration, applying web principles rather than last century’s rigid adapter approaches, allows us to naturally unleash the power of big data for enterprise applications. SnapReduce is a vivid example of the power of SnapLogic’s approach — providing an easy on-ramp to large-scale data analysis projects carried out in Hadoop.”

Interesting stuff? Hopefully yes. Has the company borrowed my “cloud coupling” term? Not yet. Am I showing my age with awareness of train coupling link? Almost certainly yes. 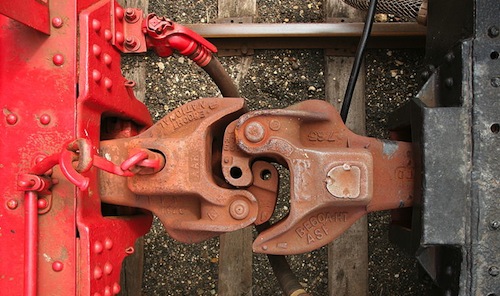