This is a contributed piece for Computer Weekly Open Source Insider written in full by Liam Randall in his role as co-creator and maintainer of CNCF wasmCloud and CEO Cosmonic – a company that aims to simplifies application development by giving developers secure, composable and reusable building blocks that scale applications across every device.

Despite numerous attempts to improve the experience, complexity is growing, particularly as multi-cloud and edge strategies mature. Ultimately, developers don’t care about the choice of architecture. What they do care about is going from ‘I have an idea’ to running code quickly and everywhere.

Above all, they want to have fun building again.

Managing non-functional requirements (NFRs) has become a major headache – stifling creativity and slowing development velocity to a snail’s pace. NFRs are the attributes and policies that determine the way an app behaves: security and compliance, performance, reliability and more. Given they comprise 85% of most apps, it’s easy to see where developers’ efforts go and why joy is ebbing.

Added to the time it takes to code NFRs app-by-app, the method has a more serious drawback: applications inherit the vulnerabilities of their imported libraries. Large companies look to standardise application teams, so they provide common templates for tools like Java Spring Boot. Java Spring Boot includes Log4j by default. As vulnerabilities are handled on an application-by-application basis, SBOMs like Log4j bring companies to a standstill and take developers months of manual remediation.

Kubernetes and Istio pull common networking components out of applications but managing Kubernetes has created its own set of problems.  Even with the abstractions of a service mesh, applications still need to pay careful attention to the networking NFRs.

It falls far short of its vision to ‘compile once, run anywhere’, right? 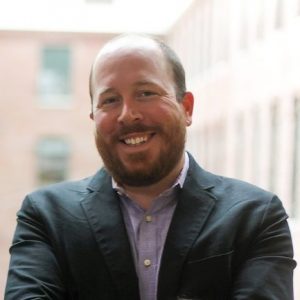 Randall: Above all, software developers want to have fun building again.

Engineers there are seeing value in Wasm beyond the browser using wasmCloud (a Wasm distribution platform and CNCF Sandbox project). By bringing these open source technologies into their Kubernetes architecture, they’re seeing improvements in performance and efficiency.

The same features that make Wasm good for the browser make Wasm good for compute workloads in the cloud. It abstracts complexity at the application level, allowing portability across diverse CPUs, clouds, browsers, edges and Kubernetes distributions. wasmCloud further abstracts boilerplate code, pulling away complexity up to layer seven – removing all application libraries. The benefits are developers write just their application code, none of the supporting NFRs. By abstracting complexity, developers write the right code, applications are smaller and easier to understand and inherited vulnerabilities are removed.

In wasmCloud (and new platforms like the Cosmonic PaaS, built on wasmCloud), developers start in a sketchpad environment where they connect and iterate on composable, reusable components to create applications capable of running anywhere.

Finalisation of WebAssembly’s component model in 2023 will lead to even greater interoperability as developers get to pick and choose applications written in their chosen languages.

Non-functional requirements can be implemented as a component and plugged in at runtime with wasmCloud, so that the development process can be flexible. Think of using components like how you use electrical outlets. You don’t think about how the power gets there but you just know when you plug in it just works.

Ultimately, this saves developers and organisations reputation, time and money.