The company has this year introduced Armory Minnaker (rhymes with Spinnaker, for obvious reasons – see more below), a virtual machine leveraging K3s and the Armory Operator.

The Armory team says that Minnaker (which itself is architected for simplified installation) enables software deployments to happen in only 10 minutes, instead of 10 days.

Armory provides an enterprise distribution of Spinnaker, the cloud native, open source, continuous delivery platform that creates a path for developers to deploy with speed and resilience.

“The goal of continuous delivery is to remove cognitive load from the developer — they shouldn’t care about what cluster, what cloud, what region — they just want to be able to commit their code and know that it is running and being interacted with as expected,” said Isaac Mosquera, CTO of Armory.  “Now, with Minnaker, our users can get right to the value of Spinnaker, as well as Armory’s enterprise features that will help them automate their software deployment and ship code faster.”

In a world of  Continuous Integration and Continuous Deployment (CI/CD) processes, Spinnaker is an open sourced Continuous Delivery (CD) platform originally developed by Netflix. Spinnaker supports deployment across multiple cloud services platforms including all the usual suspects (Amazon Web Services AWS, Azure, Google Cloud Platform GCP) and works with OpenStack and Kubernetes. Spinnaker has been described as the middleware that connects application artifacts with the target deployment environments.

According to Janakiram MSV writing here, “From source code residing in Github to container images stored in registries, software can be quickly deployed in virtual machines (IaaS), platforms (PaaS) and container orchestration engines (CaaS). Spinnaker follows some of the best practices of deploying applications based on immutable infrastructure – a mechanism where every application release gets a dedicated environment.”

So how does Minnaker fit into this equation?

In addition, Armory has created pre-built DevOps pipelines, along with a self-guided tour of the platform to acquaint new users. All of this enables integration of Armory into DevOps toolchains, such as Continuous Integration (CI) systems, Git repositories, security tools, and targets for software distribution.

“The past year has tested our collective resilience in entirely new ways and yet, Armory’s technology has been in high-demand as companies accelerate their digital transformations during the pandemic,” said Daniel R. Odio, CEO of Armory. 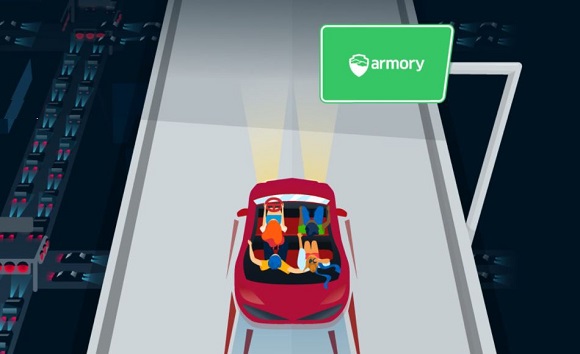