This is a contribution from a reader. Bala Narayanaswamy is an experienced technology and management consultant based in London. He has over 16 years in the IT industry and holds an MBA from business school as well as an MS in Software Engineering.

The article describes the common fallacies in IT outsourcing as believed by decision makers across industries.

The common fallacies in IT outsourcing 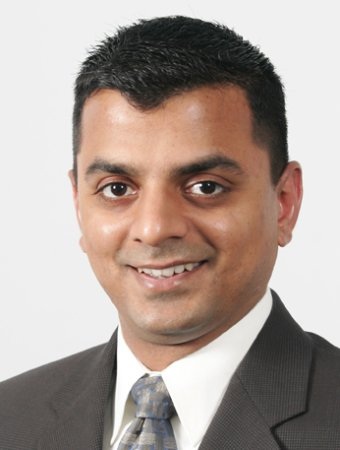 “Let us start with a typical scenario that gets played across boardrooms all over the world. The CEO of a leading global company is troubled by many things – tanking share price, reduced margins, high cost base etc. He has called in his army of managers and consultants to figure out a solution. Soon, they spot one of the problems i.e. the company’s IT spend. On average, the company seems to be spending a good deal more on IT than its main competitor. On subsequent analysis, the CEO understands that the competitor has outsourced most of its IT and is thus able to use freed up capital for developing the core business. Voila! The solution presents itself – the CEO immediately orders a comprehensive review of IT portfolio with a view to outsourcing as much IT as possible.

Let me pause here for a show of hands! How many of you actually think the decision was a no-brainer and the CEO made the right call? If you raised your hand, be assured, you are part of the majority. After all, the rationale is straightforward – since IT jobs are not core business jobs, they are the right candidates for outsourcing. In addition, this will enable the Company to benefit from the scale economies of the provider with minimal impact to IT delivery quality, or so the thinking goes.

It is true that IT outsourcing, when done the right way, can provide the aforementioned benefits, but it is also true that in most cases, these promised synergies and benefits do not materialise. While it is easy to come up with a ready-made list of causes (some people get paid a lot to say things such as “time difference between the Company and the Vendor”), the following two or three assumptions are the main culprits in the author’s humble opinion.

The fallacy of perfect substitutes (a.k.a Picasso fallacy)

Guernica is Picasso’s most famous and controversial painting. The story goes that in the 1950s, the man himself allowed three copies to be made so that they can be shown around the world because the original was too fragile to travel. While the current day stardom of Guernica is no doubt in part down to these substitutes, the artists who copied the painting don’t command exulted status because they are what they are, imitators. In other words, it takes a Picasso to create a Picasso! Imitators can copy, but can never create an original masterpiece.

When companies outsource IT jobs, they often fall for this fallacy of perfect substitutes. During skill set reviews, the outsourcing Vendors regularly produce very-relevant-for-the-job resumes replete with glossy references. The decision makers then go through a very impersonal, paper based skillset comparison, often deciding that an employee with, say, 10 year experience in solution architecture can be easily substituted by a low cost vendor resource with similar experience. But these processes tend to ignore one important factor – that is, the company might actually be substituting a Picasso with an imitator.

Let me give a case in point. There is this established Fortune 500 Company with presence across the globe. Not too long ago, it decided to transfer the Payroll IT function to an established Vendor. During the immediate six months following the transition, the payroll date was missed twice due to IT system related problems. Prima facie, it did not seem like a big issue since the impact was less than £50k and both issues got resolved under two days. But when you compare it with the record of the previous team, which never missed a payroll date for nearly 30 years, you get the complete story. That team seem to have had an X factor, which the company had failed to spot while deciding to transition the roles.

Let me take you to the story of world’s first assembly line. We are not talking Ford Model T, but that of the Venetian Arsenal, a ship building machine that was key to protecting Venetian trading interests in the Mediterranean.  The story goes that, by the 15th and 16th century, the workers had gained so much experience and the process so well-tuned that the Arsenal was able to produce one ship a day, start to finish.

When a company does IT outsourcing today, one of the most common assumptions is that there will be little drop in the level of productivity short term and an increase in the long term. People will explain that the IT vendors have been in the business for a long time and bring a favourable experience curve. In addition, because this is the only thing the Vendors do, they should naturally be very good at it (an argument sometimes supported by Adam Smith’s Division of Labour).

The problem here is the misalignment of productivity and incentives. If you agree with me that productivity means “doing more for less”, then it also goes without saying that the IT Vendors are not incentivised to increase their productivity. After all, why should they? If the agreement was to do N number of things for P pounds, then it is not in vendor’s interest to do N+ things for the same P. Most managers realise this only much later in the game when stacks of CRs begin to pile up quoting various changes to the scope of work.

One Team, One Culture fallacy

When a Company decides on an outsourcing partner, the “Cultural fit” question is usually ignored. This is because decision makers automatically assume that the vendor would adopt the company’s culture and deliver within that framework. Whatever little attention is paid is usually focused on religious/political beliefs, body language etc. The vendor’s attitude towards “Risk”, a potentially deal breaking factor, does not get a look-in because no one sees the need.

Now compare this with a Mergers and Acquisitions scenario. The CxOs of the Company will pay top money to financial advisors to fully understand the culture of the Company being acquired or sold. While this is the right thing to do, a variant of this cultural due diligence is also essential to make IT outsourcing work.

A company can belong to any category across the risk taking spectrum but almost all vendors are clustered around the conservative side of the equation. Imagine that you are an investment bank with an aggressive, risk taking front office business with an outsourced IT support function. Since the vendor business model is based on risk aversion (think formal documentation, approvals etc.), no amount of education and encouragement will convince the vendor to match the go-getting attitude of the business. From the vendor point of view, this is fully justified since they don’t participate in any upside but take the full brunt of down side.

Companies will be better off by questioning the common assumptions when deciding to outsource IT functions. It is easy to overlook the gap in all round skills needed to successfully do the job. In addition, expectations need to be clearly set out and understood on long term productivity improvement targets. Lastly, a thorough analysis of cultural fit should be made mandatory and results fed into decision making process.”

But how is it that when so many of us have seen this kind of thing happen repeatedly with our own eyes, or worked in organisations that are trying to pick up the pieces after yet another failure of outsourcing, so few managers or consultants are prepared to accept that outsourcing/offshoring (the two are usually linked as that's the only way to get the big headline cost savings) is not always the best solution. And why are so many managers and executives allowed to keep getting away with getting this wrong? They seem happy to take the responsibility - and bonuses - when things go right, after all.

Just look at RBS bosses, still trying to weasel their way out of the "coincidental" link between their own internal outsourcing (to incompetent offshore subsidiaries) and the fact that their routine banking IT operations have suddenly started failing in the most catastrophic public manner, after running for years previously without the customer being hit by such problems.

Linamaria Garcia - 4 Sep 2012 11:30 AM
IT Outsourcing is definitely not a "one size fits all" solution. A company needs to first analyze internal factors to know if the company is ready to outsource and then the vendor has to pass two tests: 1. Aggregation; 2. Value. A great example for a cloud brokerage in many enterprises is messaging and collaboration.

Helz X - 13 Sep 2012 4:41 AM
Excellent article. I would like to add my own observations on cultural fit based on my personal experience in recent years in the industry.

As a highly successful (to date) female in senior IT role for an organisation who has outsourced all of it's IT service delivery and a large proportion of project delivery, I am very much the cultural outsider these days.

My colleagues who come from a.... erm... different... cultural background, clearly find it very difficult to take guidance, coaching or instruction from me - a caucasian female. Consequently I face frequent rudeness and insolence from them when I attempt to educate them on aspects of their roles. Their arrogance and unjustified belief in their ability is quite breathtaking.

Note I have never, in my 16 year career in IT had the same problem with men from a similar cultural background to myself - irrespective of their place of birth or the colour of their skin I might add!

I have nobody to talk to about this as doubtless to air my concerns would result in my immediate branding as a racist.

I used to enjoy working in IT. Not only were there people with whom I could share any concerns, we also arranged 'team bonding' events occasionally where we could get to know colleagues outside of the work environment. How things change. 'Going for a beer' is no longer considered to be 'inclusive'.