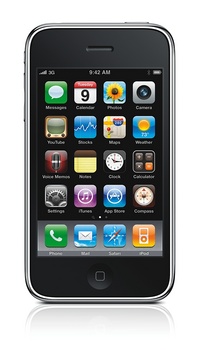 Today is widely thought to be the day that Apple announces its iTablet/iSlate/iPad.  My Twitter feed is full of gibbering grown-ups bleating about it. Granted, it’s a disproportionate bleating as my Twitter feed is largely composed of tech journalists, but – do you know what? Their informed and expertly expressed excitement is actually making me less excited.
Whoopie doo. Apple are going to release an over-sized iPhone. Quick, wake up the Queen.
When I was at school, there were three kinds of music fan. (No! Don’t stop reading! I’m going somewhere with this). There were the girly pop fans who were into Duran Duran and Culture Club. There was a coterie of macho metal fans, into Iron Maiden and Def Leppard. And then there was my group. The raincoat wearing, hair bear bunch of A-level art mopers. We liked whatever the other lot didn’t like.
Echo and the Bunnymen were cool for a bit – and then Echo and the Bunnymen released “Ocean Rain” and got famous. So we stopped liking them. We loved The Cult for a while. That is, until “She Sells Sanctuary” went top ten. Then we burned our records in the playground and shaved off our Mohawks.
In short, whenever something got popular, it was yesterday’s news.  Underneath the snotty, snobby kneejerk was a kernel of logic. You see, once something has become popular – that’s it. It’s set in stone.
The Bunnymen did all their best, most innovative work on their first three albums. And then came “The Killing Moon” and massive stardom. After that point, everything they did had to sound the same – had to fit that template of popularity. Being successful stopped them from being innovative.
And that’s how I feel now about the iPhone.  Apple’s handset is massively popular, but – by definition – it can no longer lead innovation. It can only change incrementally – because to change too much risks breaking what made the device popular in the first place.
I love Macs and Apple. I even write for a Mac magazine. And I’ve played with enough iPhones to appreciate that they are superior gadgets. Lousy phones, mind you, but great little PDAs. I’m not having one though. I’m not paying fifty quid a month for the privilege of being exactly like every other drone with the same phone – especially when there are so many other great devices on the market. The Palm Pre, the Motorola Droid and the HTC Nexus One.
And, so, to the iTablet/iSlate/iPad. It’s an iPhone you can’t fit in your pocket – if rumours are to be believed. I’m sure that it will, indeed, be a great tablet –  but, cool your jets, tech world. It’s just one device. There are many more to come this year. 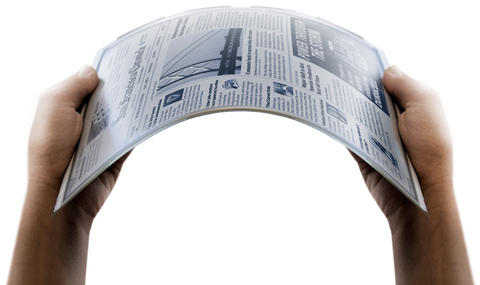 We have Chrome OS netbooks to look forward to and Windows tablets on the horizon. We’ll have a dedicated European Kindle and, my personal favourite, the Skiff e-Reader – a flexible tablet that’s the closest thing to a true magazine replacement technology we’ve seen.
Give the little guys a chance too. This Apple frenzy is all a little, well, fannish.
SearchCIO
SearchSecurity
SearchNetworking
SearchDataCenter
SearchDataManagement
Close