Kim Cameron – Microsoft’s Architect of Identity, identity guru and all round decent chap, has been working on a simplified ‘plain english’ version of his Laws of Identity. This is an important piece of work, since it sets a number of key principles into a language easily understandable by all. If you’ve been scared off by the complexity of his work, then read on to see what they look like now.

The laws in their simplified version are as follow: 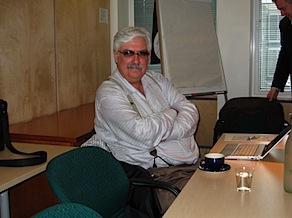