It’s been three long years (and we all know why) since the Computer Weekly Developer Network team was able to ask: what can we expect from the Dynatrace Perform conference and symposium?

Staged in Las Vegas from February 13-16, 2023, Dynatrace will take its software intelligence company mission on the road again.

With its roots in Application Performance Monitoring (APM), Dynatrace’s application monitoring and testing tools are available as cloud-based SaaS services, or as on-premises software.

Dynatrace describes itself as a company that combines full-stack observability and runtime application security with advanced AIOps to deliver answers and intelligent automation from data.

While we’ve all been in lamentable lockdown mode, we’ve seen Dynatrace come forward with several platform-level announcements, with the most high profile of these (arguably) being the launch of Dynatrace Grail… a development that we are sure to see showcased in keynotes and breakout technical sessions.

This technology is a causational data lakehouse with a massively parallel processing (MPP) analytics engine.

Dynatrace Grail makes use of the company’s own Dynatrace Query Language (DQL) to provide what it calls for context-rich log analytics. The product works in unison with other Dynatrace technologies, including: OneAgent – a technology solution designed to automatically discover, activate and instrument applications, microservices, infrastructure and any dependency in cloud environments.

One session at the show itself promises to illustrate, “How Dynatrace, Grail and DQL are disrupting the log management and analytics market by helping teams to unify observability and security data on a single platform with instant access at scale.​ Companies have traditionally integrated multiple tools for different observability use cases from troubleshooting and optimisations up to forensics. When modern organisations ingest petabytes of data every day, legacy approaches simply do not scale.”

Dynatrace will also no doubt use its event to talk about Smartscape, a technology that works to continuously update the full-stack topology, PurePath – a technology that provides distributed tracing and code-level analysis… and of course Davis – its ‘causal AI’ offering, which works to process data and deliver precise answers prioritised by business impact.

Davis represents what Dynatrce calls the next step in intelligent root-cause detection and reduction of alert spam by fully using all the context information that Dynatrace collects.

What’s next for cloud observability?

CTO Bernd Greifeneder and CMO Mike Maciag have already been hosting some recent webinars around the subject ‘what’s next for cloud observability’ – so we can expect that question (and hopefully a whole load of answers) to come up as well.

Presenting a keynote entitled Dynatrace momentum and vision, CEO Rick McConnell will start the event proper by exploring the state of the industry, the company’s vision for the future and how today’s demands that every organisation do more with less make a cloud done right so important.

Also part of the keynote agenda, CMO Mike Maciag and SVP of product management Steve Tack will host a conversation about the trends shaping the modern cloud and the ways forward-thinking organisations can use them to overcome challenges and drive success.

CTO Bernd Greifeneder (pictured below, below the doggie) and team announce some of the innovations that’ll power the future of observability and data analytics – so this will no doubt be actual platform update specifics.

Although Dynatrace doesn’t call its diversity, inclusivity and belonging initiative Dyna-versity (or perhaps just Dy-versity), it obviously could do. Either way, there is sure to be an element of this at this year’s event (we’ve all moved on, three years, let’s not forget) and we can already see the company Tweeting updates related to staff being able to work more flexibly.

Of key interest is the fact that Dynatracer Perihan Rashed has now been able to get this (below) beagle. Given that she is senior product experience designer & UX guild lead at Dynatrace, this may be the most important update we get this year.

In terms of celebrity speakers, Dynatrace has brought in Kelsey Hightower, distinguished engineer at Google Cloud to talk about developing software for the cloud-native space, there’s also Tony Hawk the skateboarder, who one imagines will talk about skateboarding and how that skill translates to the world of log management observability analytics… and perhaps more interestingly, mathematician and AI expert Hannah Fry, who brings us into a decade spent exploring data to better understand who we are as humans.

The event hashtag is Dynatrace #Perform2023. 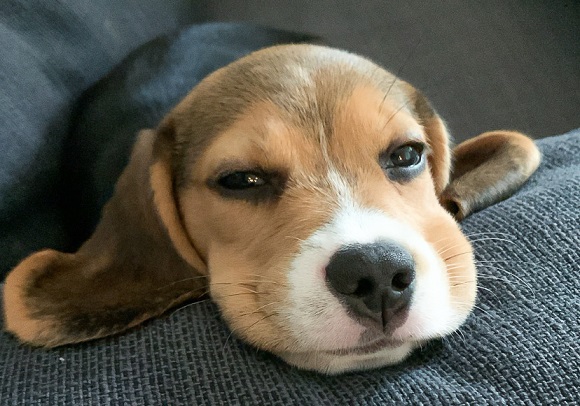 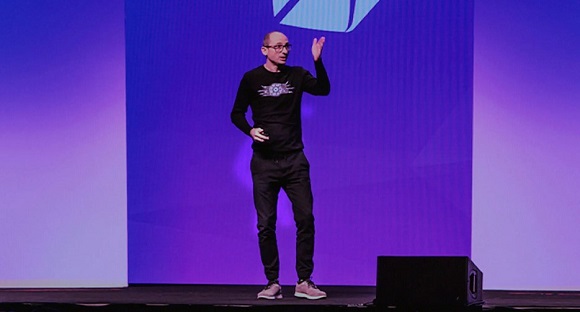