Okay yes, strictly speaking, we do know that CES Las Vegas is the first technology show of the year… but (of course) it’s largely consumer (the clue is in the name, right?) and not exactly enriched with developer centricity, cloud engineering and data science.

Bidding this year then to become the first deep dive technology gathering worth its salt is Civo Navigate 2023… so what is it and what can the Computer Weekly Developer Network team expect?

Civo insists that its technology isn’t just a Kubernetes platform, it’s a community and it’s a vision of how the organisation thinks the cloud industry should be.

Civo (pronounced see-voh, unless you are Italian, in which case chi-voh might be acceptable) is on a mission to take on the big three cloud services provider (CSP) hyperscalers (AWS, GCP and MSFT Azure, as we know) and the company is the brainchild of UK-born Mark Boost and his team, a group of engineers with specific experience in the hosting and datacentre sector.

Boost was previously founder of LCN.com, which grew to become the fifth-largest hosting company in the UK, before being sold in 2019.

“Back in 2018 we were building a cloud platform for LCN.com, when we saw the need for a community-led cloud platform, focussing purely on Kubernetes. Born from necessity – this was the start of Civo. We quickly turned our attention to Rancher Labs K3s – the lightweight Kubernetes distribution – and realised it was a great fit for our goal of creating a quick and easy platform for developers to integrate with their CI/CD and edge scenarios,” explained the Civo team, in a company exposition statement.

Then, in 2019, Civo launched its K3s-powered managed Kubernetes service into beta, which saw uptake across the spectrum from beginners to battle-hardened k8s veterans.

“We’re really starting to make waves and I genuinely believe that Civo will be of the UK’s biggest tech success stories over the coming years and will begin to shake the dominance of the hyperscalers,” said Boost, speaking to Computer Weekly this January 2023.

At the US event itself, Civo has already promised two major product launches and featured the unveiling of these in a scheduled keynote session. Below are a selection of some other sessions that caught our eye, there are many others on the link shown in this paragraph.

Rotem Refael will speak on ‘Building a Secure By-Design Pipeline with an Open Source Stack’ – her session preview notes that, “CI/CD has become the core of all engineering organisations, particularly as engineering velocity increases, the number of services that are managed, deployed & updated constantly, & the diversity of 3rd-party applications our pipelines integrate with. That is why ensuring the security of our CI/CD pipeline is no longer ‘nice to have’, but a critical piece when delivering our software to production.”

Buoyant’s head of marketing & community Catherine Paganini will also speak at Civo Navigate. She is the co-creator and maintainer of the CNCF Cloud Native Glossary and co-chair of the TAG contributor strategy in addition to her role at Buoyant, the creator of Linkerd. A marketing leader turned cloud-native evangelist, Catherine is passionate about educating the broader community on cloud-native and the flexibility it provides.

Matt Dupree will speak on ‘Building data-centric ML workflows with Jupyter and Kubernetes’ – he notes that “Data-centric approaches to ML focus on systematically engineering the data fed into an ML model. Concretely, this means paying attention to things like overall data quality and badly labelled data. This data-centric approach can often be a more effective way to improve model performance than iterating on model selection and hyper-parameters.”

Jeremy Meiss (who Tweets as The Patronizing Saint of DevOps) will speak on ‘Things we’ve learned about better software delivery principles through a pandemic’. Brendan O’Leary, sr. developer evangelist at GitLab will also talk on his passion for software development and iterating processes just as quickly as developers iterate on code. He has a passion for DevOps and smooth CI/CD implementation.

Day 1 hosts include developer relations specialist Lisa-Marie Namphy of Cockroach Labs and Marino Wijay, developer advocate at Solo.io, with others still to be announced.

Woz in the house

Guest speakers include Steve Wozniak, who will no doubt reminisce on Apple history and Steve Jobs the way he has done before – but this year he will also share his thoughts on the future for cloud computing at a wider and perhaps more cerebral level.

The company Tweets at @CivoCloud, CEO Mark Boost is found here and the event hashtag is #CivoNavigate – Civo Navigate runs from February 7 to 8 at Armature Works, Tampa, Florida. 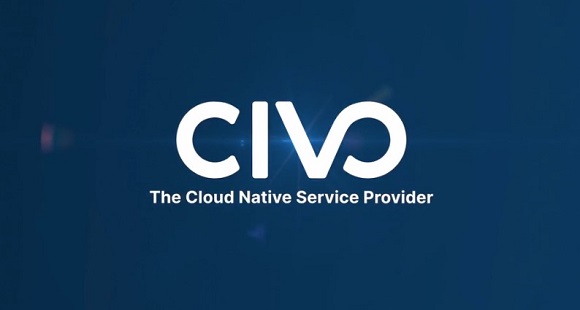