Legacy code is a thing.

Now then, it’s not always a bad thing – you have to remember that legacy code is code that still works and is very likely in live production providing a working useful piece of functionality somewhere.

Of course not all legacy code is as fast, functional or fantastic as it could be, which may be a large part of why we tend to think of it with negative connotations.

We know that for years now, developers and other software engineerings technologists have been stuck trying to close the gap between the development and consumption of technology…  and stuck trying to unravel troves of faulty or incompatible legacy code.

These issues were felt across the board, with even the biggest and most resourceful application development teams ultimately finding themselves restricted by the physical limitations of IT infrastructure itself.

Hence, the rise of terminologies like ‘invisible infrastructure’ and the popularisation of serverless, other software-defined network controls and then the rise of firms like VMware, Nutanix and the work of firms like Dell EMC, HPE with SimpliVity, of course Cisco and perhaps also Pivot3.

VP for R&D at VMware Craig McLuckie says that the reality of legacy code as it has existed led to developers spending more time overcoming operational challenges on the back-end, while front-end elements – i.e. the components of application development that actually generate tangible value and accelerate digital transformation – were put on the back burner.

“This was not only an unsustainable approach, but a serious hindrance to both the productivity and wellbeing of developers, who ended up spending more time sweating the details around how to operate the systems they were building and less time developing. In developer speak, this meant repeatedly becoming stuck at the edge of the ‘experiential cliff’ – a point where developers want to do something they know the infrastructure simply isn’t up to the task of executing,” said McLuckie.

But then of course, Kubernetes happened… and Kubernetes provided a remedy. 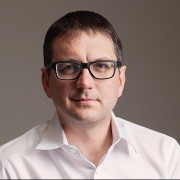 McLuckie has explained that with containerised applications running on an Infrastructure-as-a-Service (IaaS) model, code could be written in a hermetically-sealed unit, from which it could be deployed, whole, into disparate environments — a test cloud and a production cloud, for instance.

In so doing, Kubernetes effectively shattered the concept of experiential cliffs – after all, the risks of taking a leap when launching new features are no longer an issue when a solution can be coded in mid-air.

“By facilitating the alignment of business objectives with tangible technology outcomes, Kubernetes has proven itself to be the key to the next stage of business development, characterised by greater agility, more sustainable go-to-market strategies and unencumbered innovation. We’re now at a watershed moment in terms of the ways in which software development teams operate, where the role of the operator has shifted from ticket-drive ops to API-driven ops, for instance,” said VMware’s McLuckie.

He notes that at VMware, the team is on a mission to realise the potential to integrate Kubernetes as the ‘new normal’ in the IaaS space.

Their prime focus, which McLuckie, VMware CEO Pat Gelsinger and SVP & GM Ajay Patel discussed at SpringOne 2020 earlier this week, is on delivering what the firm calls a more elegant experience for developers, one which empowers them to devise, build and deploy the next generation of modern applications.

By automating container creation, management and governance at enterprise scale, VMware claims that Tanzu Build Service effectively provides a superhighway for developers to get code into production and have it operate consistently across multiple environments.

“Of course, there are plenty of options for building containers from source code, including Tanzu Build Service, which eliminates the significant effort and ongoing maintenance to use them properly. In the race to stay one step ahead of the competition, we’ve created the perfect environment for businesses to continue to meet the challenges of the future and continue driving growth and value, regardless of what lies ahead,” concluded McLuckie.

There are a lot of ‘new normals’ being discussed right now, so the fact that IaaS itself should be regenerated (just generated, really) around the concepts and precepts that centralise around Kubernetes appears to make a lot of sense. 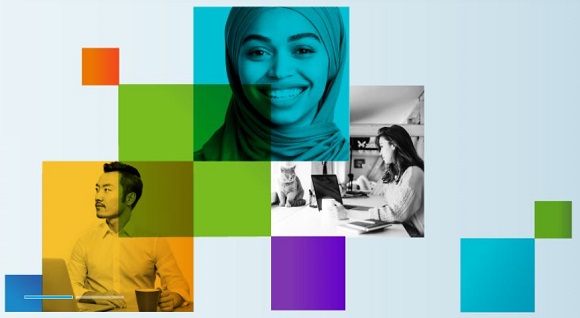