Everybody loves a robot.

To be clear, everybody loves a plastic robot, a movie robot or a friendly neighbourhood robot if it forms part of our increasingly prolific use of home (and indeed office space) Internet of Things (IoT) devices.

But not everybody likes a software robot, not yet at least.

As we start to engineer software robots in the form of advancements in Robotic Process Automation (that’s RPA, in robot language) into our corporate workflows, we will gradually get used to accepting the shortcuts and efficiencies they come to offer us.

Among the current industry darlings of the RPA space is UiPath.

News this week from the firm’s New York headquarters sees it detailed what it calls an end-to-end hyperautomation platform, first previewed at its October 2019 FORWARD III event, which the Computer Weekly Developer Network team reported from at the time.

Hyperautomation brings together several components of process automation, integrating tools and technologies that amplify the ability to automate work… it starts with robotic process automation (RPA) at its core and expands automation capability with artificial intelligence (AI), process mining, analytics and other advanced tools.

The software itself is supposed to cover ‘every phase’ of the automation lifecycle (robots don’t just get born and exist i.e. just like humans they grow up, expand, get smarter and some eventually get retired too).

The company has also provided management of robots from the UiPath Automation Cloud… so hyper is here, but in an essentially calm and managed kind of way.

UiPath’s Platform for Hyperautomation platform provides discovery tools and employee crowdsourcing to determine what to automate.

According to UiPath, “This enables more sophisticated automations with AI capabilities such as document understanding and provides sophisticated analytics to measure the business impact of automation. This pervasive ‘automation first’ approach is proven to be both substantial and transformative and is allowing everyone – from RPA Developers and Testers to Citizen Developers and Business End Users – to collaborate and put automation squarely at the core of everyday work.”

Chief product human at UiPath Param Kahlon says that his firm is making it easy for more professionals across the enterprise to interact with [software… and ultimately hardware] robots, including citizen developers, business analysts and end-users.

New capabilities available include a method for using AI to analyze back-end systems and application logs. 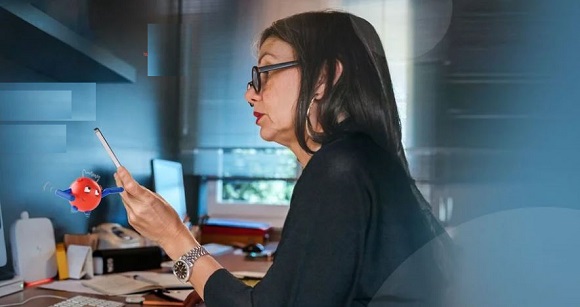