The Computer Weekly Developer Network sat down (physically In Real Life, virtually and perhaps also metaphysically) to discuss the state of low-code nation with April Schuppel in her role as senior developer advocate at Appian.

Stemming from a discussion that started at the company’s annual user conference Appian World, we managed to grab some extended brain time with Schuppel to understand where her infectious enthusiasm for software application development (in the low-code space and further afield) comes from.

CWDN: How did you start in programming and what was the first machine you ever touched?

Schuppel: I don’t come from a traditional programming background; I’m another one of those success stories of people who were in STEM and discovered low-code. My first machine was an ugly grey Gateway from 2001 in the family living room. From there I progressed to the blue Game Boy Color. Eventually, I was learning HTML to customise my MySpace page and building complex Excel functions to do my homework for me.

I ended up studying Industrial Engineering, which involved studying robotics and MATLAB. One of my favourite projects was building a K’Nex roller coaster and making a control panel for it using a Programmable Logic Controller. Looking back, it was funny to be tinkering in that way with a toy from my childhood.

CWDN: What was your ‘lightbulb’ moment when you realised low-code could be a true accelerator?

Schuppel: The sheer amount of customisation and ability to build from scratch is staggering – I first had this realisation in my first few weeks at Appian while participating in the new-joiner ‘Appian Academy’, where you learn more about the platform and build three apps. Considering I’d only been working with the platform for a few days at that point, it was just so accessible.

I looked back to my previous years acting as a software implementation consultant, having to constantly say ‘no’, or ‘that’s not possible’ to clients wanting to deploy other, more static software solutions. My ‘lightbulb’ moment was realising I would no longer have to say ‘no’ as long as I was using the Appian platform.

CWDN: What’s the best thing about working with Appian?

Schuppel: It’s a cliché, but it really is the people. Every room you step into is filled with passionate people who are always learning and striving to be better. It’s these people who I constantly learn from. As a result, I remember feeling that during my first few months with Appian I learned more than I had in years from previous roles.

‘Appianites’ really care about delivering the best possible outcome with the technology. I view it in the same way as homemade cooking. Sure, you can have a mass-produced frozen meal for dinner, but having something baked homemade by your grandma just for you is immensely better. Both options will fill you up, but one will be much more satisfying. I’d argue it’s the same with Appian – our people take time on the details to deliver something that doesn’t just get the job done, but is a joy to use.

CWDN: Just how far do you think we can push automation in programming platforms in the future?

Schuppel: I don’t believe there is a limit on human drive and capability. We are always pushing boundaries. In fact, I think automation in programming will develop in ways I can’t even fathom right now. It’s like climbing a taller mountain or running a faster marathon – we get inspired by the achievements of those who come before us and want to push the boundaries even further.

The more we automate, the more time we have to focus on the things we really care about. Appian makes the boring stuff easier so you can focus on the exciting problems instead. That in turn drives innovation and more opportunities for automation; it becomes a case of building more to build more! 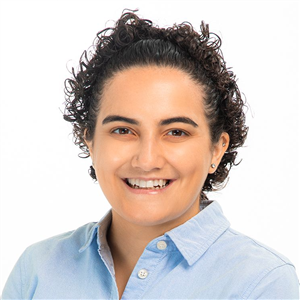 CWDN: What’s been your best Appian customer experience that really sticks with you?

Schuppel: It has to be the results of our Live Build Challenge at our user conference, Appian World in Miami earlier this year. Every year we run a one-hour challenge for contestants to go head-to-head to see who can build the same app the fastest on the Appian platform, with a $10,000 prize for the winner. The events themselves are fantastic, with the contestants using some of the Appian platform features in impressive ways.

At our first Live Build Challenge in 2021, I loved seeing the winner of the challenge gain much more than just the financial prize. It was won by a developer at a partner organisation, Ignyte… and it raised their profile hugely. As a result, they’re winning business from customers who not only are coming to their organisation for support, but they’re asking specifically for the winner of the challenge to be deployed for them! My role is working with developers and helping them to succeed, so an outcome like this always makes my day.

CWDN: Tell us what you do when you’re not programming?

Schuppel: I love music. Whether it’s attending concerts or playing music myself, it’s a real passion of mine. I spent half of each day in my senior year of High School playing music, mostly drums with some tuba and viola all thrown in there too.

I’m also a huge fan of board games and strategy puzzles. It is part of what made Appian appeal to me in the first place. Our CEO, Matt Calkins, has created a number of board games, so it was clearly the place for me.

CWDN: What’s the best part of Appian World in terms of engagement, interaction and excitement?

Schuppel: Again, it has to be our Live Build Challenge. Our first Challenge was held during the pandemic at a virtual conference, so we had to be creative with how we would engage and entertain virtual attendees. This year, we had to transform a successful virtual event into an in-person experience and make it engaging for attendees in the room. Ultimately, no one wants to watch someone just code for an hour, so we had to make it appealing and fun. In the end we adopted a gameshow style approach, giving backgrounds on our contestants with live commentary. It was incredibly well received.

It also highlights the power of low-code platforms. I develop the challenges such that they require the use of the newest features to be built within the time limit. Without the ability to use the new functionality, the app would take over an hour to complete. With contestants using the new features, we were seeing people complete the challenge in just 40 minutes. It shows just how much faster these low-code features can make application development with each quarterly release.

CWDN: If you didn’t class yourself as a low-coder, what language do you think you could spend the rest of your life using?

Schuppel: I would go back to my roots, not having a technical background and focus on the language of learning. I’ve always considered becoming a maths teacher as a lifelong dream. It’s something that would allow me to teach and inspire the next generation of STEM students. Of course, I’d still be using our free Appian Community Edition to automate my personal life in the meantime.