This is a guest post written for the Computer Weekly Developer Network by Rob Tribe in his capacity as VP System Engineering EMEA, Nutanix.

This analysis is intended to remind us of a core reality that comes with the readiness to change and innovate in IT.

It is crucial that we think not just about the way we use technology as users, but also about the way the underpinning core services work that we use every day. What developers and operations teams once did is simply not the same as what they do today.

We can see the impact that automation has had on the role of the Database Administrator (DBA) and the developer+operations (DevOps) team as a whole. That same broadening of choice is also being witnessed in the database market itself.

Given the choice between Oracle, SQL Server, MySQL, PostreSQL, MongoDB and others, it’s really important to utilise cloud technologies that can operate at a platform level and offer support for a variety of data sources.

Enterprises are no longer looking to standardise on one database.

Modern enterprises know that this approach fails due to the hundreds of database instances that they may have to manage in a real world live protection environment with partners, customers and suppliers that come in every shape and size.

This diversity defines the IT management responsibility that enterprises must now recognise and address. Progressive companies know that their DBA and DevOps functions need to be able to work with hybrid multi-clouds in an environment that offers complete control, whether those databases are on-premises, in a hybrid scenario or delivered direct from public cloud.

Within this often complex interchange between cloud services, organisations will now increasingly use the service-based model to procure their central database functions. The development and availability of DataBase-as-a-Service (DBaaS) means that organisations can deploy a selection of different databases with greater speed and greater freedom in terms of where they are located.

The flexibility of cloud behind the DBaaS model enables a business to more easily create databases with specialised storage parameters, with custom-tuned access permissions and in differentiated locations based upon latency or compliance and governance regulations.

Looking at the central advantages afforded by a DBaaS approach, the data function in an organisation’s IT shop is now able to provision, update and patch, monitor and manage, clone, restore and securely retire data services through automation controls.

No single DBA or wider DevOps team will be expert practitioners across the whole breadth of database engines used in modern enterprises operating at any kind of scale. But using DBaaS, teams can automate all the core functions they need and manage an entirely orchestrated process through one central console or User Interface (UI) dashboard.

However, this is a changing landscape and the need for platform-level multi-cloud multi-database control can not be overstated.

For every automation advantage, there is some degree of control trade-off that has to be made or surrendered.

Organisations that have adopted automation at the database level will typically find that they will want to create more innovation and change or adapt various functionalities with newly installed services. They will have to question what they will be able to install on their database servers where automation advantage has been applied. 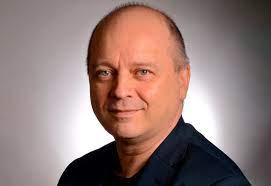 Nutanix’s Rob Tribe: For every automation advantage, there is some degree of control trade-off that has to be made or surrendered – organisations must work with a control platform capable of spanning all clouds.

They may ask whether they are able to pick a new operating system, or a new version of Oracle, or a new patch level in another database and so on.

In a traditional 3-tier approach to data architecture (data storage management tier, data processing tier, upper presentation tier or UI) the organisation enjoys significant control and is able to execute all manner of changes when it wants to. The payoff is that the business gets very low levels of automation and therefore high management responsibility and overhead.

On the other hand, a traditional cloud DBaaS provides maximum levels of automation, but all the customer gets is the ability to access the API that opens up their data channel and they surrender the ability to bring about granular, nuanced change.

Best of both worlds

Thankfully these models have existed for some time now and we can look to new options for platform-level control that gives customers what they ultimately want. This is a new freedom, a new way of working and this is the new era of enterprise data. This is automation acceleration with change, control and choice.

We know that software application developers and their operations counterparts want simplicity and the ability to manage auto-patching and all other data functions through one central console. Indeed, this is the level of freedom in the new era of control that they should now expect.

The evolution does mean that the role of the DBA has changed; they can now skill-up on core database skills, but be able to realise that they can automate where they need to, where skills are thinner, or where workloads suit heavier automation. All of this sits in line with the general trend in the IT industry of making things easier for developers, DBAs and all other data-centric software engineering professionals.

This is something we need to do, because it reflects the modern coalface of programming and data management. A developer used to have to start with the database and work out what they could do from there. Now they start with the application itself and look backwards to see what the database layer can do for the app itself.

We are now on the cusp of a new area in data management, database administration, data science and data-driven application development.