Everyone loves a Christmas and Santa themed technology story (don’t they?), so what better time than now to look at how dear old Father Christmas is dealing with outsourcing the management of his B2B environment so that he can spend more time managing the day-to-day running of his toy factory at the North Pole.

E-commerce and integration services company GXS knows a “story crowbar” when it sees one and has creatively drawn up a tale detailing Santa’s “Present Delivery Network” (or Santa PDN as it is known), which uses GXS Intelligent Web Forms to allow children to enter their present requests into a simple to use web portal.

Yes very good, we see what they’re doing — ok, let’s go with it for a couple more chunks.

According to Elf Workshop News (dot com), Santa was keen to remove paper based present requests as he was trying to adopt a greener way of working with both his trading partners and ‘little customers’ around the world.

The following is an extract from Elf reporter “Buddy The Elf” —

Santa soon realised that the use of social media tools could completely transform not only how he engaged with the children of the world but also with trading partners connected to his Present Delivery Network. In 2009 GXS announced a partnership with a company called RollStream who offered a web-based trading partner collaboration platform.

Following a number of pilot projects across his business, Santa decided that he would like to revisit this in 2011. It was actually on the back of these successful projects that GXS decided to acquire RollStream in order to provide a supply chain collaboration solution for other customers of GXS. 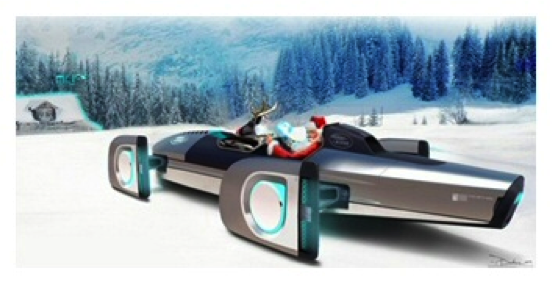 In July 2009, Santa approached Jaguar Land Rover (JLR), a GXS customer, to see if it could come up with a couple of design concepts for a new sledge. The design departments of both Jaguar and Land Rover built working prototypes for Santa to evaluate — and due to the number of presents that he had to carry, combined with the varying conditions that he flies in, he decided to award the new sledge contract to Land Rover.

OK Christmas themed techie fun aside, does Santa’s model have anything that actually resonates with software development today, the cloud, social media and web 2.0 driven computing?

The answer is probably yes isn’t it? As we now “connect and collaborate” in more interconnected ways than ever before every business delivery model is becoming exposed to modernisation.

From the oldest profession in the world (it begins with a P, if you have to look it up then you’re too young to be reading this anyway) — to the most fanciful elements of Santa’s kingdom… we’ve gone online in a big way. 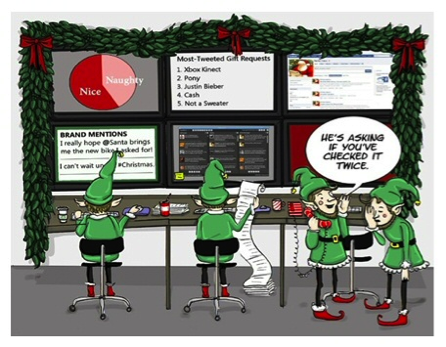