German softwarehaus SAP has pointed to a changing set of models which could (and for many arguably should) change the way software is bought.

In the world of composable cloud-based componentised decoupled software, we now have the chance to use Platform-as-a-Service (PaaS) technologies in a way that suits the more modular way that software application developers will naturally want to work inside Agile programming teams running in Continuous Delivery (CD) cycles.

To get to the product news, SAP is now offering a new consumption-based commercial model for customers to ‘consume’ the SAP Cloud Platform.

The company reminds us that the SAP Cloud platform itself is the raison d’etre behind the creation of its higher level design and architecture templating offering SAP Leonardo.

SAP Cloud Platform president and chief technology officer Björn Goerke has claimed that the company’s the new consumption-based commercial model makes it easier to use the ever-increasing SAP portfolio of platform and business services.

“Innovations in mobile delivery with consumer-grade experiences give organisations [and the developer teams that build the software they use] more freedom and agility to create and reinvent,” said Goerke.

SAP using the term ‘low-touch customer experience’ as a new way of explaining how software will be bought. This is meant to explain the way that software can be configured and subsequently used by software developers using SAP Cloud Platform services.

The purchasing process is facilitated by what SAP has called ‘cloud credits’, so that any available SAP Cloud Platform service can be activated via a single ‘provisioning cockpit’.

The commercial model is supposed to provide transparency into the usage of each service consumed through regular metering, reporting and detailed accounting analytics on the customer’s cloud credit consumption and balance.

To put all of that in layperson’s terms… a software developer who wants to use lots of cloud technologies and drink deep from the SAP stack of essentially cloud-based platforms, applications, tools and related services can now agree a state of work with his or her manager that allows them access to a specified level of functions (amount of storage, number of applications, number of analytics calls) but also work with an entitlement to use all other elements of the stack within defined limits so that when they want to initiate a new project using new parts of the total SAP stack they can do so with minimal fuss because that facility is there so it is, therefore, called low touch software delivered with a consumer like experience.

Related to this news, SAP also announced an enhanced SAP Cloud Platform SDK for iOS to provide consumer-grade mobile work experience with new controls and tighter integration with the Xcode integrated development environment, as well as integrating with other SAP Cloud Platform capabilities for mobile apps.

Additional updates also supposed to make it easier to use iOS device capabilities in end-to-end processes for administrative tasks, such as onboarding. Also included are code examples, which explain how to trigger SAP Leonardo processes with a mobile device, such as image recognition.

So once again we’re looking at automation as a key element of the activity going on here. This is automation in the sense of automated control options within the wider software stack and cloud PaaS being used … and also automation here in the sense of pre-integrated options for deploying more software (with low-touch consumer grade experiences) from the total stack and platform itself.

The consumption-based model of software is here… the road ahead promises to bring the outcomes-based model where software delivery is priced based upon its effectiveness for a given use case… but that’s another story, soon to be told. 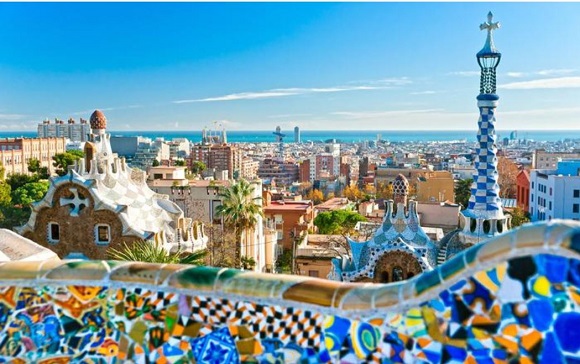