Progress staged its NEXT 2018 conference in Boston, Massachusetts this May 2018 with a specifically upfront developer focus in almost all of its product updates.

A company that has reinvented itself a number of times (divesting and investing with what has appeared to be relatively equal measure), Progress has not brought together ‘all’ of its current product sets under one roof with this type of symposium for a few years.

With the orange logos of the past and the ‘Software’ part of its name now fast becoming a distant memory, the new Progress is a company focus on both application development and application deployment.

The keynote session was initiated by CMO Loren Jarrett who explained that NEXT will now be an annual event.

“Our mission is to provide the best platform for building and deploying strategic business  applications and digital applications,” said Gupta. “But even though Progress has changed over the years, this, really, has always been our mission.”

Speaking of the need to now build microservices, Gupta referenced the fact that there is both a front end change and a back end change going on at the same time in terms of the way we build our applications. This perhaps suggests some reasoning behind why Progress is combining deep core developer tools with more front end experience management tooling.

“Agile and lean have become the terminology for people that don’t understand Agile or lean,” bemoaned Gupta. “But [whether business people understand these terms or not] we face a complex future for business systems that have to be functional, but also secure and compliant at the same time.”

Progress is working to build what it likes to call cognitive-first apps. In real terms this of course means decoupled (yes essentially connected) application development with a degree of machine learning and AI running through it. Think of experiences on top, a cognitive serverless cloud layer in the middle and connected data layer (with integration capabilities) on the bottom.

Tom Stein is operations manager at NASA took the stage to explain what user experience might mean to his organization. Not perhaps the first element of how we might think about the software used at NASA, Stein says that it is a core consideration.

“Helping users find the data that they are looking for is core. We use Progress tools and frameworks that we know will provide a consistent level of performance from is key,” said Stein – to a murmur of audience laughter at his over-positive comments. “I mean it, I’m not being paid to stand here,” he added.

Diving into a deeper cloud services session, Progress Kinvey was showcased. Purchased as a brand back in 2017, Kinvey specialises in mobile backend as a service, which developers can use to build and run mobile apps that integrate with enterprise systems. Common with several of the tools being showcased here, Progress is bringing forward relatively recent purchases – perhaps suggesting that

The firm examined how backend developers will work with frontend developers to develop cloud infrastructure and supporting applications. At the backend we might typically find functions such as identity and connectivity.

The issue for many front end higher level user functions developers is that the backend needs to be re-written in order for the frontend to be changed – Progress says that it is working to provide enough tooling and abstraction layer intelligence for that not to have to happen.

Breaking down the Progress product set to understand which internal brand (and corresponding toolset) does what on the road to new answers to existing questions we can summarise as follows (note that all product names have a ‘Progress’ prefix):

The questions are indeed the same i.e. it’s still a question of how we make software applications work in the context of the way we need to apply them to modern business requirements. The answer is now a more composable, componentised, containerised application with cloud DNA influencing the way it takes form. These are the factors that Progress appears to be shaping its total stack towards. 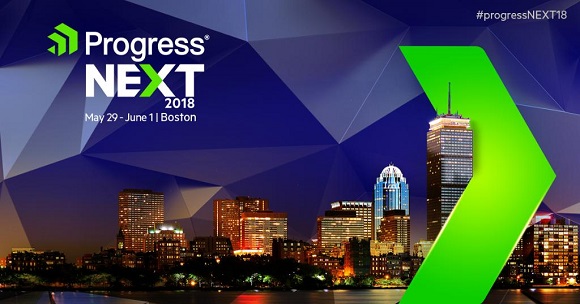