Software application developers are working hard to adapt to a changing landscape.

Software tools are changing, codebases are changing, cloud formats and data integration practices are changing, AI and ML advancements are changing the way we approach every piece of the internal mechanics of programming… and platforms are changing, which ultimately means that some of the core methodologies that developers used to think were cast in stone are now also changing.

Where we used to talk about RAD (as in Rapid Application Development) perhaps some quarter-century ago (remember tools like Sybase PowerBuilder and how that was a turbo-charge back in the day?), we can now talk about so-called ‘high-speed application platforms’, a set of software tools often delivered with low-code accelerators and components.

What high-speed development gives us is the ability to a) work on massive-scale digital transformation projects where needed and b) the option to target individual parts of a wider IT stack and boost the digitalisation of individual ‘products’, where products (in the modem world) can often mean software services that never actually come in a box. 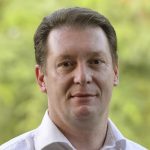 His firm has worked with organisations targeting specific service products to get them more functional, more cloud-native, more digital-first and more intelligently engineered for a new era of web-scale growth (when and if it comes) in the future.

“The OutSystems modern application platform isn’t just transforming [our customers’] approach to individual products and processes. It’s also helping [these firms] with executing digitalisation strategies, while at the same time resetting [any given business] in order to help deliver its long-term ambitions,” said van Enter.

OutSystems: getting systems, out

OutSystems is continuing its mission to get systems out i.e. out of datacentres and into a space where they can be managed, updated and (in the case of this story) more successfully transformed to digital platforms.

Let’s remember why CEO Paulo Rosado named the company thusly in the first place, “Our initial vision was that eventually all IT ‘systems’ would migrate ‘out’ of enterprise datacentres and be supported by Application Service Providers (ASPs) and we went and built a platform to support that opportunity. We could not foresee that the ‘out’ would be eventually called ‘cloud,” he notes, on the company’s community page discussion board.

The company says that it is working with software development teams to give them the speed and agility advantages of high-speed application development, combined with the benefit of additional security, risk management and monitoring for a SOC2 Type II compliant cloud platform.

OutSystems Sentry is one of the key products the company talks about here — it is known as the company’s ‘reinforced’ cloud offering.

According to the company’s website, “OutSystems Sentry is a premium cloud offering that shares all of the features and benefits of the OutSystems platform, but it has additional security, risk management and monitoring in place to meet SOC2 Type II, ISO 27001 and ISO 22301 requirements for companies and organisations with high compliance needs.”

Looking ahead, OutSystems is looking to further the work it carries out in relation to services to improve business processes, including a focus on those in the back-office, such as removing paper and streamlining decisions, as part of a wider digitalisation agenda in organisations where its modern application platform is deployed.