Whenever anyone tells you that technology needs an ever-increasing injection of agility, you would be forgiven for a) possibly starting to yawn – but also b) predominantly thinking about the upper-tier of our applications and the way that we as users interact with them.

But for software application development purists, Agile means Agile in the purest sense (with CAPS-A, as in Agile Manifesto) and that means agility at the lower substrate layer of the application itself.

But this is 2020 (and no, we’re not referring to the pandemic per se) and so that means cloud, that means IT foundations and that means infrastructure.

If all this is so, then why aren’t there many job postings offering roles as Infrastructure Programmers? The answer from Nutanix would be: because that’s what we do.

The company is well known for its brief history of digital time progression from hyperconvegence to wider enterprise cloud infrastructure delivery technologies.

If the challenge now revolves around IT shops needing to locate one application or data service on one cloud, while another is sent (or even split) to straddle another, then this is not just hybrid cloud, this is almost hyper-converged-hybrid (HCH) cloud.

The company says that the unsettling and disruptive events of 2020 (and the massive swing towards remote work as a result) have created new demand for what it calls ‘near-instant infrastructure deployments’ that reach geographically distributed workforces.

If pick-and-mix carefully architected hybrid cloud combinations are a route to greater control, choice and flexibility, Newton’s third law of motion states that there will be an equal and opposite (or in this case at least corresponding) reaction – and in this case that reaction (or pay-off) is increased complexity… and it is this complexity that Nutanix aims to overcome.

Greater cloud complexity for developers and the operations teams working with them is only compounded if the enterprise IT layer has to quite quickly serve more flexible work setups, which it now does.

“[We can also say that] it will continue to be as we navigate our mixing of physical and virtual environments and move away from doing business in a single mode,” said Pfeiffer.

Nutanix’s third global Enterprise Cloud Index survey and research report measures enterprise progress with adopting private, hybrid and public clouds. This year, survey respondents were also asked about the impact of the Covid-19 pandemic on current and future IT decisions and strategy.

A key finding: hybrid cloud is still the frontrunner as the ideal IT infrastructure model (86% of respondents think so) and respondents running hybrid environments are more likely to plan to focus on strategic efforts and driving positive business impact.

Additionally, businesses also increasingly rely on multiple public clouds to meet their needs compared to previous years. The report showed that, among those who use public clouds, 63% of respondents use two or more public clouds, or multicloud, respondents are also expecting this number to jump to 71% in the next 12 months. In what is arguably one of the more ‘loaded’ of the ‘findings’ in the report, Nutanix reports that initial key steps to successfully run a hybrid environment include adopting hyperconverged infrastructure in enterprise datacentres – said *ah-hem* the hyperconverged infrastructure enterprise data company.

There’s also so decommissioning work going on to retire non-cloud-enabled datacentres in favour of private and public cloud usage.

So the awful inevitable reality and we have to mention Covid-19 again and this analysis like many others has concluded that remote work is here to stay — and companies are planning for it.

In last year’s survey, about 27% of respondent companies had no full-time at-home workers. That number fell 20 percentage points this year to only 7%, as a result of the pandemic. By 2022, respondents predict that an average of 13% of companies will have no full-time remote employees at that time, less than half as many as a year ago in 2019.

If ‘near-instant infrastructure’ isn’t a well-used technology trade expression in and of itself already, then when the trade shows do come back… we can probably all expect that on a t-shirt pretty soon.

Can we have a promotional branded hand sanitiser too please? 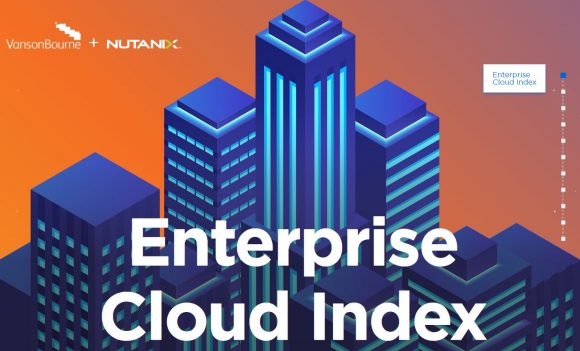