While the focus on the Computer Weekly Developer Network is more generally focused on creation, build actions and (the clue is in the name) developing development for software application developers, the need to lock down assets is always front of mind – and the end of the year is a good time to wave that particular flag.

Marijus Briedis, CTO (chief technical officer) of NordVPN has said that (as we approach 2023) we are looking at a future for digital privacy seriously impacted by the events of 2022, when governments fought wars online, businesses were affected by multiple ransomware gangs and regular users’ data was constantly on hackers’ radar.

This is a time for developers and users alike to start putting more core ‘value’ on their data, they way they use it and the way they look after it suggests Briedis.

“Next year [2023] will not be any easier when it comes to keeping users’ data safe and private. Authoritarian countries and hackers are working hard to compromise [users at so many levels]. However, I see the light at the end of the tunnel because people are starting to value their data, pushing businesses and governments to take action,” said Briedis.

Among the trends that Briedis and team would have us watch in particular, there is a suggestion that 5G will create more security challenges for developers implementing this technology – and of course, ultimately, for users.

“Even though 5G will provide users with a faster Internet connection, it will also require significant attention to be paid to the new infrastructure, opening more access points for hackers to compromise,” notes NordVPN, in a press statement. 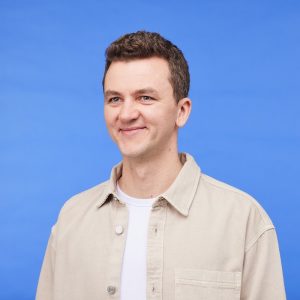 NordVPN CTO Briedis: The times (and tech) are a changing, now is the time to take action.

Google promised to eliminate third-party cookies in Chrome browsers by 2024. This of course is great news for anyone who values their privacy. Third-party cookies are trackers that collect individual user data across websites, which end up in advertisers’ hands to create personalised (sometimes intrusive) ads.

At the moment, Google is thinking of new ways to track its flow (such as through FLoC). So even though we cannot say that user tracking is gone, we can celebrate the era of intrusive tracking coming to an end.

Next era of encryption, blockchain

From his perspective, Briedis suggests that in the face of quantum computing power, even the most sophisticated encryption algorithms can be broken in a couple of minutes. This shows that in the future new and more powerful encryption tools will be needed. So he says, cyber protection could and should become more blockchain-based.

“Blockchain has proven extremely useful for secure and decentralised information exchange. Up until now, blockchain-based tools have been too expensive to implement because of the novelty of the technology. However, many experts predict that in 2023 blockchain technology will be used in cybersecurity more and more often,” notes Briedis and team.