I first visited Morocco in 2002… a time when things often went from A to B on the back of a wooden cart, usually pulled by a donkey.

Many aspects of Maroc life are still done the old way as we head into 2020, but the impact of electronics has not gone unnoticed in the Maghreb region.

When we set out on an Inspect-a-Gadget trip and made a few inquiries into Morrocan technology through the normal press channels, one smart cookie replied, “Have a great time, I get better 4G on the edge of the Sahara than I do in South London.”

So Morocco has moved on, technologically speaking, for the most part.

The corrupt airport taxi drivers who refuse to adhere to the (always much lower) metered fare that their cabs suggest might be payable are still there, but largely, there has been a lot of progress.

Uber and Google Maps are yet to arrive in any fully-fledged tangible capacity, but technology is having an impact.

An embryonic Internet had already been in place since first being introduced by the now-defunct ONPT (Office National des Postes et Télécommunications) back in 1995 – but you wouldn’t have known it if you traveled in the country at the time.

Public Internet services in this part of North Africa didn’t really start to ‘flourish’ until well into the millennium.

That almost biblical feel to a disconnected place still persists when you visit the country, but a quick trip to Marrakech before Christmas 2019 felt like the perfect time to reflect on how a country like this can progress from technical obscurity to being a place where access to the world wide web has become commonplace for everyone from businesspeople to the traders and hawkers in the souq.

Sources note that between 2013 and 2014, the Moroccan Internet population grew by 1 million and by 2015, 94.1% of Moroccan users use mobile devices to access the Internet.

There are currently around 10 Internet Service Providers in Morocco — and the two most visible of these are Maroc Telecom and Orange Morocco… Inwi also operates.

Also present are ‘Boris Bike’ type bicylces known as Medina (meaning ‘city’, in Arabic) Bikes, although we didn’t see anybody technologically connected (or indeed brave enough) to unlock one and get going amidst Marrakech’s mad traffic.

Perhaps they should have called them Bilal Bikes, or just Baba Bikes?

One final nice touch (picture below), we noticed that Marrakech’s cellular base station mobile phone masts are massive 100-foot high fake palm trees made out of concrete with fronds that mostly cover the unsightly antenna blocks.

The donkeys are still there in the backstreets of Marrakech’s labyrinthine souqs, but the owners are often now on their phone working their way through arguments and trade deals to exchange goods… thankfully the donkeys remain blissfully unaware and navigate using their own age-old onboard GPS system that never needs a web connection or a patch update.

All pictures below by Adrian Bridgwater. 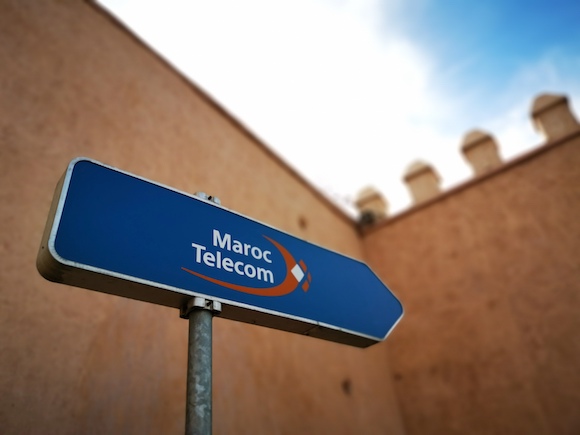 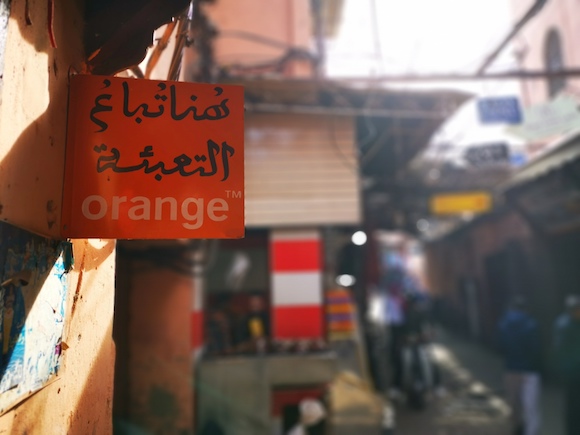 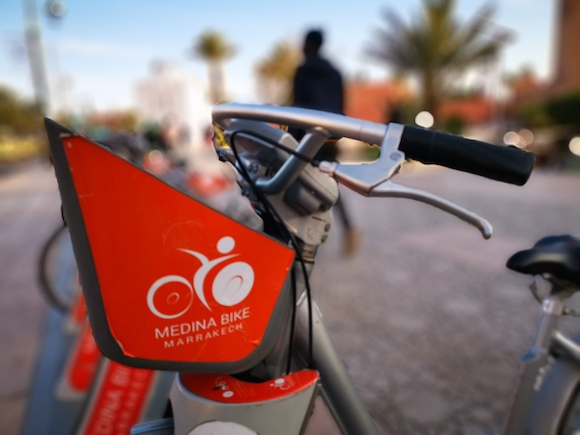 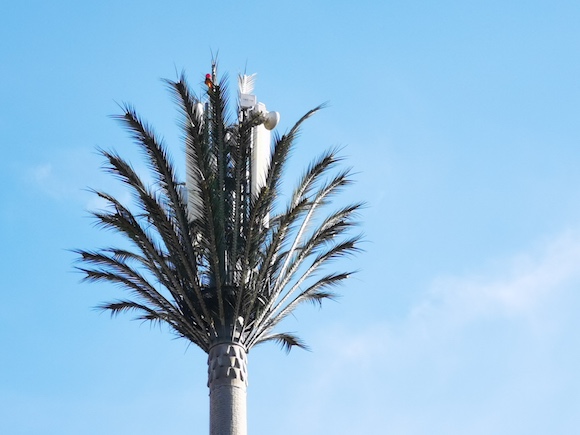