This contribution comes from Monte Zweben, CEO of Splice Machine — the company is known for its scale-out database built with Machine Learning (ML) capabilities. The company says that Splice Machine is a scalable SQL database that enables companies to modernise their legacy and custom applications to be agile, data-rich and intelligent – all without re-writes.

The world has shifted from on-premises big data storage architectures to inexpensive cloud data architectures. As a result, many articles have stated that the public clouds have killed Hadoop. But that is not really the case. We believe it was complexity that killed Hadoop.

There are two major challenges to Hadoop: 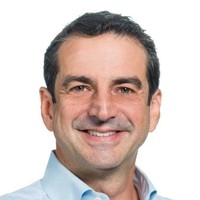 Zweben: Don’t get caught in the data swamp.

Additionally, other cloud providers even provided more analytical SQL capabilities such as AWS Redshift, Google BigQuery and Snowflake. This really simplified analytical processing operationally with the ability to run analytical workloads and then shut down the resources, saving money.

However, we believe cheap storage is not really going to deliver on business outcomes.

It is easy to replace your big data architecture with a modern cloud storage architecture. But now what? It’s the same old data swamp. Lot’s of data in, not much business value out.

By focusing on the modernisation of applications with data and intelligence, you will end up with apps that can leverage data to make decisions in the moment that result in superior business outcomes.

Here are five ingredients to a successful application modernization strategy:

This is a fundamentally different approach than storage modernisation on the cloud. This approach delivers tangible business value to the line of business faster through the application that can now leverage the data.