This contribution comes from Mike Hughes, at OutSystems – the company describes itself as a leading low-code platform for building mobile and web apps for enterprise.

The world of enterprise business today moves at a far faster pace than at any period in our history. Lightning fast decisions need to be made, departments and workflows need to be created, furloughed or divested… and new innovations need to be brought to market inside ‘opportunity windows’ that are tighter, narrower and more restrictive than ever before.

This is the reality of modern business.

The reality of modern software is that hand-crafting your organisation’s business applications is simply not an option in the face of these challenges.

Coding is a largely manual and inflexible process with long lead times. Quickly spinning up a mobile application to address a new business requirement or updating an existing system for faster response time is not attainable with hand-coding.

Low-code offers a way forward for the business agility enterprises need now, especially since industry analysts are predicting that demand for business apps will grow significantly in the coming months. Developers can build applications with a simple drag-and-drop visual interface, one-click deployment and simple connectivity to legacy and cloud systems.

A rationale for the growing popularity

So why has low-code experienced the surge in popularity that it has today? Primarily this is because organisations now really ‘get it’ and understand that they need to differentiate themselves based on the strength of their software. 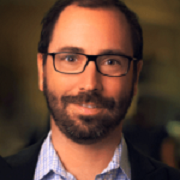 We see this reality playing out every day in every industry vertical; it’s not just the well-known brands like Amazon, Uber and AirBnB that have shaken things up, but companies like Lemonade that are now disrupting the insurance business, or Revolut doing the same to banking. Enterprises need applications to serve spiralling, changing market needs and, out there in the real world, most organisations aren’t very good at doing that. Low-code really offers an opportunity to be more nimble than these businesses thought possible.

So many enterprise organisations (even the comparatively progressive, forward-thinking ones) are weighed down with outmoded, outdated and out-of-service software systems that are holding back their ability to move at the new cadence of the modern marketplace.

What all this means is that a) it’s a jungle out there and b) it’s a vicious circle, too. What I mean is that once these firms find themselves ‘lodged’ into a non-progressive space with legacy technologies littered with clunky poorly-performing tools, it’s hard to get the organisation’s head back above water. These firms then find that they can’t attract the talent to work with cutting-edge software tools and the vicious circle is even more clearly drawn.

It’s like the difference between a software professional saying: “hey, I work for Facebook, Twitter, Uber or Amazon (delete as appropriate) and it’s cool,”… and instead having to admit: “okay, umm, I work for XYZ Company in Middle America and I know you’ve never heard of them.”

Low-code offers a way out of that circle. It can offer firms stuck in a cycle a means of building new-age applications through a visual paradigm that results in software that can do very advanced things i.e. the kinds of functions that users will expect in the mobile-first, cloud-connected, always-on world of 2020 and beyond.

Organisations will need to be able to create high-impact user experiences in applications that will very often combine various other information platforms and be able to change rapidly through rapid iterations cycles. Putting that power into more users’ hands and democratising that power is what low-code is all about.

As we now look at people, process and technology in different ways, we can see that low-code forms an invaluable way for businesses to move from a project mindset to a more modern and agile product mindset.

Where all this gets us to is a place where business realises the additional potential that’s out there. We know that firms will be thinking about business outcomes now, so being able to deploy in terms of days instead of months is key for organisations that want to be able to work to the new speed of delivery that modern markets demand. At the risk of succumbing to an oft overused term, speed (in and of itself) has become ‘the new normal’ and being able to fail fast (but get up and then succeed) is the way to success in modern business.

Where this all gets us to is a much better place. With the power of low-code inside the business, we can start to bring businesspeople into the software development process and also encourage software engineers to share greater proximity with their business counterparts.

Analyst house Gartner called this the creation of ‘fusion teams’ i.e the idea that stakeholders from every corner of the business can now come together in new (often virtual) work units that ultimately make everybody more productive

When organisations adopt this low-code forward-thinking approach to their software development, it opens up the opportunity to a more flexible and more fluid mindset where the business can try new things. The need for IT oversight that looks after governance and compliance is still there, but plug-ins to these functions can also be brought to bear through low-code so that we can rapidly iterate to handle the operational fluctuations of daily business.

Looking to the future, organisations can use low-code platforms to really move their most mission critical applications to low-code. There’s a democratisation factor here in terms of breadth and scope i.e. starts-ups can start to move as quickly as large-scale enterprises with entire IT departments, and slow-moving enterprises can start to move as quickly as nimble start-ups, with their inherent ability to change and skew as the market demands.

Developers can use low-code to focus on differentiation and creating new applications and services that can really ‘save a business’ faced with tough challenges that could potentially have ruined a business.