Micro Focus is serious about COBOL. The last time I attended a Micro Focus press conference it was held in the Houses of Parliament. The company is serious about COmmon Business-Oriented Language, even if its first specification was originally laid down in 1959 by US Rear Admiral Grace Murray Hopper. For Micro Focus, COBOL is where it’s at and that’s that. 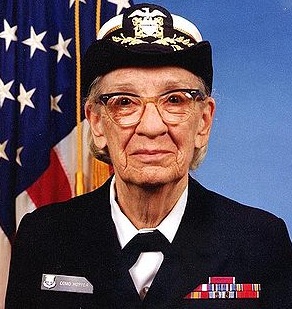 Next year the company will reportedly start talking about the latest generation of its COBOL developer tools, Visual COBOL. The company says that it has spent a lot of time talking about COBOL’s age and its resilience – and that now it wants to talk about how modern the language has become.

The Micro Focus developer product portfolio is a set of tools for COBOL development and deployment solutions. Among these, the company produces tools to access COBOL legacy systems while “leveraging” the latest advances in modern technologies in standard ODBC-enabled business tools such as Excel, Business Intelligence (BI) tools or Java applications.

The Micro Focus spin doesn’t label COBOL as old an outdated. Instead it is, “the world’s most established computing language”, so quite modern and trendy if you like.

Although Micro Focus is admirably releasing a new Visual COBOL product early next year, one suspects that the company is quietly delighted about the media commotion that surrounds the equally huge and all encompassing subject of cloud computing. Gifted the opportunity to say that, “COBOL can be used to migrate the world’s mainframes to the cloud without risking an organisation’s core business,” the company has used those exact words.

Next year’s Visual COBOL product is built on Micro Focus COBOL 2010, a major reworking of the COBOL platform, designed to simplify installation and reduce memory footprint.

Micro Focus is also fond of talking about how COBOL can beat the modern skills gap. “COBOL today is not dissimilar to many modern languages like Java and C#, it runs on .NET and on the JVM, it integrates with Eclipse and Visual Studio 2010, and uses modern UI technologies such as SilverLight, giving people who are new to COBOL the tools and environments and even the language constructs that they are used to,” says the company.

In advance of next year’s product news, Micro Focus goes on to make an additional statement about the benefits of COBOL’s plain English approach.

Saying that any English speaker can read COBOL and understand it, Micro Focus insists that this not only reduces the need for extensive documentation, but helps to ensure that the core business logic of COBOL applications are maintained and developed, regardless of the handover from one developer to another.