There’s that great line uttered by Winona Ryder in the movie of the same name when she says, “Maybe I was just crazy, maybe it was the sixties, maybe I was just a girl, interrupted.”

The last comma of course makes all the difference, she was just being herself, but life, people and society got in the way so she was just herself, interrupted.

Did LinearB take inspiration from Winona? Nobody is telling us.

Despite the mystery, software delivery intelligence company LinearB has launched the “Dev Interrupted” community, which consists of a Discord (see below) community, podcast, a newsletter and events such as DevInterrupted.

“Dev Interrupted is not just a LinearB user community,” said Dan Lines, co-founder of LinearB and host of the Dev Interrupted podcast. “It is a place to promote organic, forward-thinking ideas from the new faces of software engineering leadership and continuous improvement. We believe in nurturing a space for engineering peers to come together, learn and connect, but also have something tangible to take away and share with their teams.”

Dev Interrupted is led by community moderators that facilitate daily interactions in Discord.

Discord is an anonymous chat-based community that allows openness, vulnerability and honesty between leadership peers.

“These unfiltered, organic discussions are valuable to the community for creating relationships and spurs content ideas. The Discord is meant to help build relationships with other engineering leaders, and pick the brains of VPs of engineering from around the world,” notes the company, in a press statement.

You listen to the podcast on Spotify here. 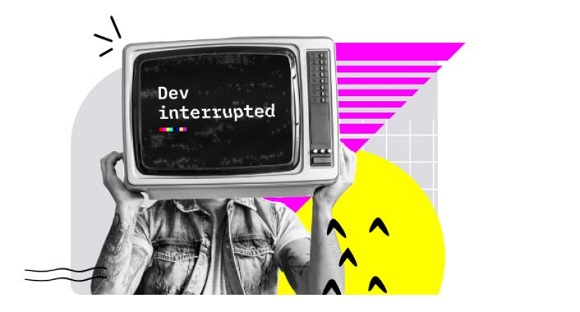