It’s all about infrastructure.

So much so that the Cloud Native Computing Foundation (CNCF) reached out to the community in advance of KubeCon + CloudNativeCon 2022 North America held in Detroit, Michigan this week to ask people how they felt about wearing C-19 facemasks all over again given the likelihood of winter spikes in infection and the undeniable continued presence of the virus.

They were fine with it, sensibly, so we’re sat listing intently with our personal protection on to protect the infrastructural level of health and wellbeing throughout the attendee base this week.

Reflecting on the tough times of the last three years, Sharma has said that both humans a technology have shown incredible resilience – especially given that the CNCF now has a total of 176,362 contributors.

“Our resilience through what has been such a trying time for the world is having real economic impact – CFOs are doubling down on digital initiatives and (Gartner says that) some 95% new digital initiatives will involve cloud native technologies – but the people who ar carrying the load of this work are the ‘maintainers’ of the projects in the community,” said Sharma.

These maintainers are looking after maintaining code, documentation, policy and more – basically, these are the people who make the decisions about the projects in the CNCF. There are some 1000 maintainers who perform these functions and, typically, they do so as an additional role to their own full-time jobs.

As all the contributors, maintainers, coders and associated parties and allies all now come together to drive projects forward, the variety of ways that projects are progressed are many and varied. From students to professional engineers, there are (generally) no wrong answers as all these people invest their blood, sweat and tears (Sharma’s exact words) towards making these technologies grow.

Talking to a pair of guest maintainers who were welcomed on stage for a ‘fireside chat’, Sharma hosted a live ‘how can we help you more?’ session to dig into how, where and when the CNCF could help projects grow and flourish.

“I’m perpetually impressed with how you work,” said Sharma, thanking the maintainers for their work with what is known as #teamcloudnative in social media terms.

Pointing out why psychological safety is so important – a new platform for digital safety called Tall Poppy has been launched – Sharma said that the reason this initiative is important because some platform decisions are tough to make (and some may be unpopular even), so the community needs to support what the community is doing. This is so much of a drive that the Cloud Native Security conference has now been spun off as its own dedicated separate event to be hosted next February 2023 in Seattle.

Moving from encouragement to call to action, Sharma asked the whole audience to try to offer two hours of their own time to helping out on any given project over the next month – indeed, this event features its own ContribFest event to get people actively working together.

“For those organisations that are struggling in what are tough times right now, please know that you have our empathy – but also remember that it is at times like this that open source has shown how much it can flourish and pay back the effort in terms of productivity and (ultimately) business results,” said Sharma.

Taylor Dolezal, head of ecosystem at CNCF took over from Sharma.

Using his keynote session to champion contributors and end users, Dolezal said that end users are really the key to modern cloud-native engines.

It’s all about infrastructure

The overall feel of this keynote was interesting on a number of levels – some live coding on this day 1 session also featured – and speakers dug into use of clusters, APIs and what people really think about Kubernetes (K8) in terms of usage i.e. where it works for them, where it gives them headaches and where they would like the orchestration platform itself to move forwards in the future.

As we said at the start here, it’s all about infrastructure and the complexity shifts that are happening to make maintenance operations easier to execute. 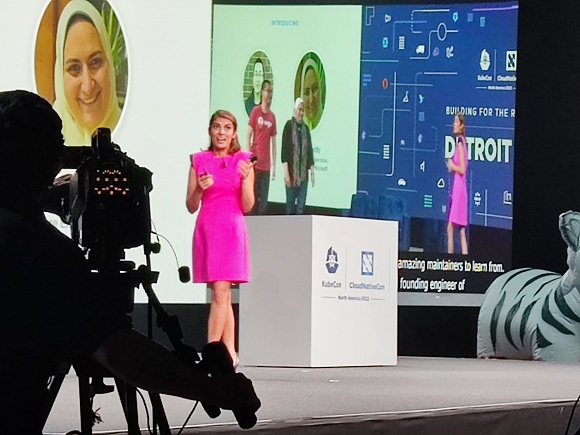 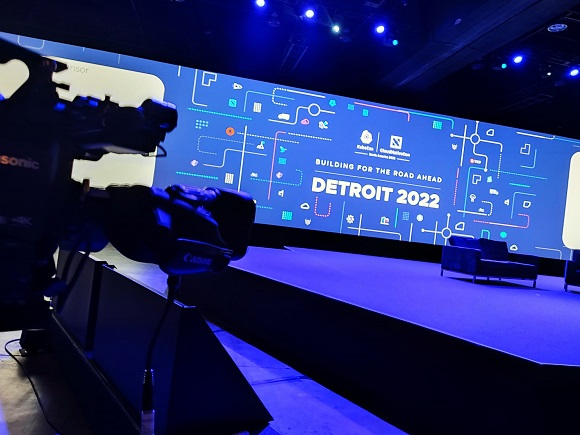