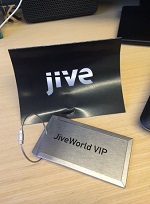 A later panel featured Mark Boncheck, founder (and his PR people say also ‘chief catalyst’) at social business strategy company thinkORBIT, a firm with capital letters in its name that are not an acronym.

Boncheck was joined by Jeff Hayzlett from Bloomberg TV’s C-Suite and also the very magically named Azure Antoinette who lists herself as a commissioned poet and author as well as being a millennial advocate.

“As soon as something becomes a hashtag it becomes a t-shirt,” said Antoinette.

The poet was explaining how different the world is for millennials who she says use truncated syllables, acronyms, bad spelling and, basically, all the things that the core theories of business management would not advise.

Boncheck argued that this is no open and shut case, he was one of the ‘first thousand’ people to sign up for Twitter, but he is definitely outside of the millennials age bracket.

“Millennial is not a generation, it is a mindset,” said Boncheck.

Unsurprisingly, the line from Jive here is that when you create a community around a common purpose, all the generational differences start to blend into the background. 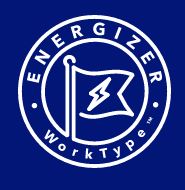 In the wider conference

In addition to notes above, this event offered more than sixty breakout sessions and hands-on training workshops about topics such as advanced community management, customer and partner communities and internal collaboration.

New this year is JiveWorld14’s Developer Conference will include an open hackathon.