The DevOps honeymoon is over – well, it could be… and here’s one reason why.

As we know by now, DevOps is a portmanteau term used to describe the notion of more connected, cyclical, integrated and holistically-aware way of working between Developers (the Dev in DevOps, obviously) and the Operations team, which could encompass sysadmins, DBAs, configuration specialists, testers and other key supporting operational staff.

The term itself [arguably] arose not because developers decided they needed to get more friendly with operations (that would never really happen anyway}, but because the software industry saw a tier into which it could feed new tools that would attempt to connect the Dev function to the Ops function and produce a more polished, more cost effective, more functional, more robust, less flaky end product.

But DevOps (as a term) has been around for a decade now… popular science seems to agree that the term was coined in 2008, so what happens next?

Sources are murmuring on this topic and some suggest that a DevOps backlash is imminent – but why?

The reason DevOps itself could implode is because of DevOps, that is – in order to embrace DevOps, developers need to use DevOps… but hang on, that’s not quite as tautological as it sounds.

In order to benefit from the Continuous Delivery (CD) dream that DevOps promises, software application development professionals need to use a) their core development platform and environment of choice and b) DevOps tools.

What developers would like to use is a more singular integrated toolset that removes the frustrations they feel when they have to change spanners several times to complete an entire development life cycle.

Nails in the DevOps coffin

Could this multi-tooling issue be one of the signs that signals the death of DevOps?

Some of the so-called ‘digital transformation’ [yawn!] projects that we heard so much about in 2017 and before will now logically start to fail — they have to, not everything can work — so will that add another nail in the DevOps coffin? Will we hear people say that not even DevOps can carry you into digitally transformed bliss?

Perhaps a new breed of more competent ‘full stack’ developers will rise up that can handle operations functions and this too will dampen the DevOps furore?

There was DevOps before DevOps anyway i.e. elements of IBM Rational tooling were tackling the issue of ‘code being thrown over the wall’ before the turn of the millennium.

The honeymoon might be over, or, at least, some serious marriage guidance counselling might be needed this year. 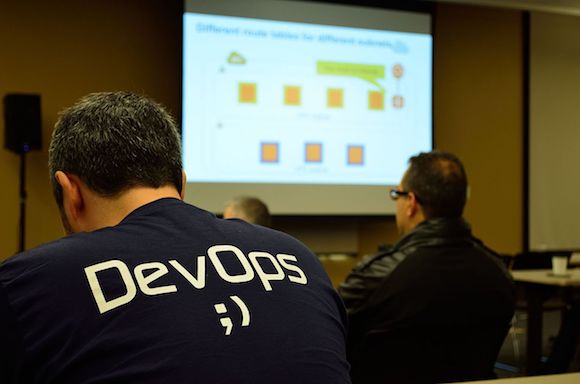