This post is written by Mark Cresswell in his capacity as CEO of LzLabs — the company is known for its software and services to help companies move mainframe business applications and data to modern systems.

A general misconception is that the cloud is a home purely for new applications. In fact, many initiatives are underway to transform legacy applications such that they can take advantage of the cloud. Major players in the cloud world are contributing software infrastructure along with an open source model, to support this exponentially growing enthusiasm for cloud deployment.

From increased development agility, to horizontal scalability, service-meshes, micro-services and security; if you are looking to take advantage of the cloud, you’ll need to become cloud-native.

However, even with all this innovation, the cloud still seems stubbornly out of reach for those legacy applications that run on mainframes.

Cloud-native is a separate and distinct notion to that of simply running in the cloud. Crucially, “cloud” in cloud-native has nothing to do with where the application runs. The term concerns itself with development and deployment technology that has its origins among the public-cloud vendors, but has now gone mainstream; regardless of the final deployment destination of the application. For an application to be cloud-native, it will exploit technologies, development patterns and methodologies rarely found in traditional, monolithic applications.

It is conventional wisdom that mainframe legacy applications cannot participate in the new world of cloud-native computing; so much so that it is rare for commentators to question why this is.

There are a few reasons:

It sounds like quite the headache doesn’t it? Is it ever possible to work magic and make these mainframe applications cloud-native?

A vital first step is to move these applications out of their mainframe environment. Recent innovations have allowed for migration of applications, unchanged, to containerised open source systems where the fundamental mainframe infrastructure is faithfully reproduced in a software-defined manner in the cloud. The application can then function exactly as it would in-situ and the rest of the journey toward a cloud-native implementation unfolds.

Of course, simply moving a monolithic legacy mainframe application to a cloud environment does not make it cloud-native.

What this implementation model allows for is the exploitation of cloud-native components; such as etcd to assist with serialisation, Inter-process Communication services such as gRPC, and many cloud-native instrumentation services, that provide immediate benefit as the application is migrated to the cloud.

Mainframe applications can then run in horizontally-scaled, serverless containers, benefit from the inherent capabilities of load-balancing, tracing and granular authentication and take full advantage of relational database services provided by cloud-service providers.

Sometimes called incremental modernisation, progressive refactoring is the most effective method of reaching the promised land of a fully cloud-native implementation. While you can leave these migrated applications as they were, software-defined platforms allow for refactoring of individual ‘programs’ within the application, which can continue to depend on the remaining unchanged mainframe programs in a perfectly natural way. Once replatformed, these applications can fit perfectly into a modern development pipeline – working on them is identical to working on any other modern application, with programming language being the only difference. This consistency means the entire scope of cloud-native services becomes available and these applications are enhanced with exactly the same development methodology as more conventionally modern applications.

System-of-record data residing on mainframes is some of the most intrinsically valuable data to the enterprise.

What many don’t realise is that it is not only possible to rehost mainframe legacy applications on cloud infrastructure, but it can be done in ways that instantly increase the application’s opportunities to take advantage of cloud-native features, without requiring any changes to application source-code.

Furthermore, the applications are now positioned perfectly for progressive refactoring towards a more complete cloud-native implementation. 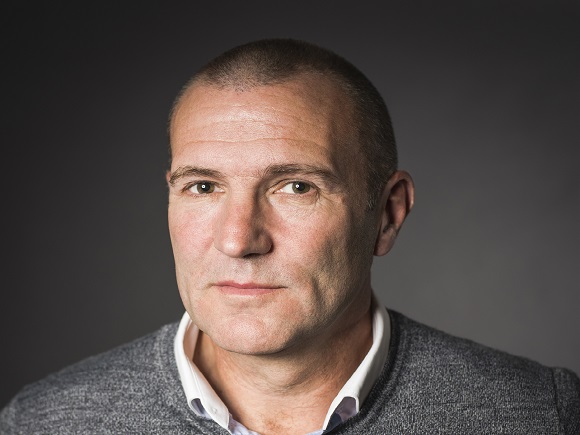 LzLabs CEO Cresswell: Exploiting the full scope cloud-native for all the right reasons.