This is a guest post for the Computer Weekly Developer Network written by Brad Robertson of Polyient Games.

Roberton launched Polyient Games, a spinoff of Polyient Labs, his early-stage blockchain-startup incubator with offices in Phoenix and San Diego.

A specialist in emerging technologies, Robertson asserts that blockchain is about to ‘completely disrupt’ games programming as it will allow gamers to ‘earn’ money from gaming (that can be spent elsewhere) for the first time. The impact of this change could have implications for the way programmers build games software in the future.

This growth trajectory confirms the power of video games to capture and hold the public’s attention.

This was undoubtedly welcome news in the boardroom of Epic Games, the company behind Fortnite. But Epic didn’t rest on that success. Instead, Epic announced it was getting into blockchain gaming.

Not to be outdone, earlier this year Ubisoft – the company behind Assassin’s Creed, a video game franchise valued at $300 million – announced it too was investing blockchain technology.

Why are these gaming giants climbing aboard the blockchain bandwagon? Because they recognise blockchain technology is about to upend the entire multi-billion-dollar gaming software industry.

I come at this conclusion from two perspectives: one, I have been an entrepreneur in the tech industry for more than 25 years.

Two – and maybe this is more relevant – I am a father of five gamers.

Being a gaming parent means my understanding of the industry has been shaped by 15+ years of real-life gaming experience. This includes my own days of dabbling in rudimentary diversions such as Pong and PacMan. But, beeyond that, I’ve watched as my kids got swept up in a wide variety of nearly-addictive games over the years.

I watched as they were captivated by Sims (which may be the most popular game of all time based on unit sales).

Later on, when first-person shooter games such as Call of Duty became the rage, they took over the imaginations of my sons. As I watched one child outgrow a game and put his or her controller down, I saw the next kid become infatuated with Minecraft and Halo and others. And, of course, this meant that our family saw all of the major gaming consoles – Sony Playstations, Microsoft Xboxes and Nintendo Wiis – rise and fall in popularity.

So, when it comes to gaming, I’ve paid my dues. I’ve seen first-hand how certain games won over new players and transformed the gaming landscape. That’s why I know blockchain-based games are about to disrupt the gaming industry.

Blockchain gaming changes all of that. Blockchain games, powered by non-fungible tokens, digital collectibles and even VR can deliver an entirely new, fully immersive gaming experience. Hard-earned rewards won in one game can now transfer to another game. This transferability means gaming rewards – for the first time – can accumulate genuine value. They can be bought and sold in blockchain-supported marketplaces for other tokens of even cryptocurrencies. This also means – for the first time – gamers (and their parents) can even earn real money by playing games.

This isn’t some far away idea. CryptoKitties – a blockchain game launched in 2017 that allows users to create, trade and sell digital felines – already has more than 1 million users who have completed $40 million worth of transactions. And that’s just the beginning.

The success of CryptoKitties only explains half of my enthusiasm for blockchain games – the tech entrepreneur half. The other half comes from watching my 16-year old daughter become enthralled with another new blockchain game – Axie Infinity. She was captivated and I knew I was watching the future of gaming. 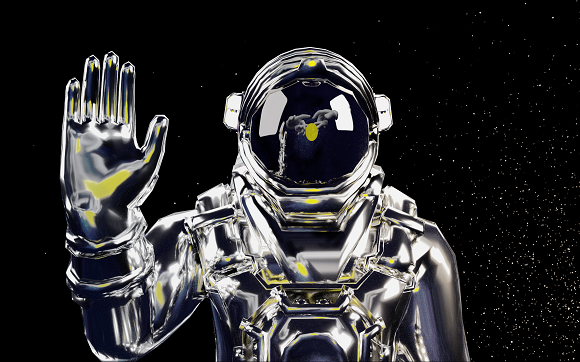