Then, the global pandemic ensued and software application developers – particularly those working in environments designed to bring cloud-native functions forward to enable remote connectivity during lockdown and so much more – had a whole lot more work to do.

As we know, the pandemic caused a boom in digital transformation and investment in technology-driven services.

But as businesses push to innovate, they struggle to find fresh talent to aid stretched developer teams, according to Dynatrace.

This has been suggested by research showing that 72% of tech teams have a skills shortage.

Businesses are trying to fill these roles, with 2 million vacancies for tech jobs advertised between May 2021 and 2022.

Show me the money

Meanwhile, organisations are willing to reward candidates generously for the value they bring to the business through these roles, with tech salaries nearly 80% higher than those for non-IT jobs in the UK.

Calculations by Dynatrace, based on average salary data published by recruitment specialists, Michael Page, in its ‘A Guide to Salaries and Skills: Technology’ reports for 2021 and 2022 reveals:

However, despite this significant annual uplift in salaries, organisations are still struggling to recruit developers quickly enough as the digital skills shortage continues to bite.

The difficulty in attracting fresh talent to their teams is piling on the pressure for existing developers, as their workload increases faster than the workforce can grow. If it goes unaddressed, this could increasingly lead to developer burnout, putting digital transformation at risk.

“To enable the digital transformation businesses are heavily investing in, they need to ensure they have the right skills in place,” said Greg Adams, regional vice president, UK & Ireland, Dynatrace.

Adams says that developers are under significant pressure to keep up with innovation cycles, and talent shortages create more work for existing teams.

This leads to developer burnout as teams cannot cope with mounting workloads.

Organisations, it seems, need to do more than increase salaries if they are to reduce developer burnout, otherwise, they risk derailing their digital journeys.

To reduce the risk of burnout, Adams and team suggest that organisations need to reduce unnecessary work and enable developers to spend their time on tasks that matter.

“To do so, they need to automate as many of their routine, easily repeatable processes as possible. This will allow developers to spend more time on innovation and less on manual efforts to keep the lights on. As a result, teams will be less likely to feel the pinch where there is a shortage of talent and keep digital transformation on track,” notes Dynatrace.

“Automation, however, can create a real step change,” said Adams. “Augmenting developers’ skills with automation reduces the need for them to manually conduct routine, highly repetitive tasks in the delivery pipeline.”

The suggestion from Dynatrace is that this enables developer teams to focus on developing new features and services and ultimately speed up the delivery of innovation.

Could it be that Dynatrace is winding up a more concerted effort to underline its automation prowess in advance of its Dyantrace Perform Las Vegas 2023 event? Could it be that automation is at the heart of the Dynatrace platform and that this message will now resonate from within more clearly? The Computer Weekly Developer Network team has already packed its toothbrush, we shall see. 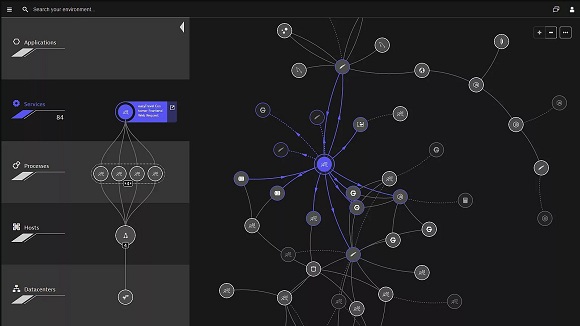