There has been an unexpected party.

The rise of low-code/no-code (LC/NC) and the associated disciplines have resonated far more around the boardroom table than expected – perhaps for a surprising reason.

CTO of BML Digital Jaco Vermeulen suggests that the C-suite are sniffing around (noodling around, even) notion of LC/NC notion and starting to realise that they just might be able to get more bang for their buck in this space.

Business leaders have been pushing for their most valuable outcomes, for years but found themselves barred by a sort of invisible software bar. The rise of LC/NC might just be enabling business users entry to the VIP lounge where they can specify, purchase and implement the components of the software that enable those outcomes.

But – critically – it has not stopped there.

“These business unit leaders have learned quickly to chain together these capabilities to yield huge value improvements.  Unlike the IT/software team that may have previously been tasked with resolving a given issue and then stopped once they have either solved the ‘point problem’, or reached the limits of the technology, these business users have been able to follow their understanding of a problem to a fuller resolution, because all they have had to do is pick up the software off the shelf to plug in to solve the next step in the process. In many cases they have been able to bypass IT and the development team completely,” enthused Vermeulen. 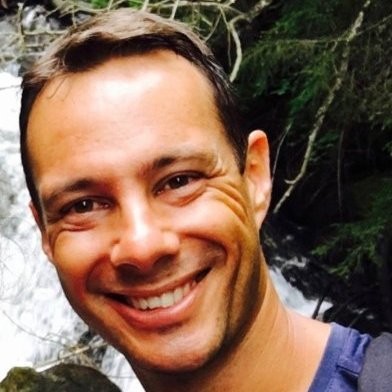 However, this fiesta of functionality has (in some places) created a lot of complexity and introduced a degree of risks and constraints.

With so many solutions being chosen so quickly, there is a risk that some may be unsupported, badly integrated, duplicated or even brought into live production while conflicting with other operational systems – in terms of both functionality (i.e. how software gets the job done) and data in terms of diversification and mastering conflicts.

“Like any good party, this approach has also introduced significant security risks such as uncontrolled data access, ungoverned user access and manual handling of data to attempt integration and analytics… all the result of bypassing IT to deliver the system capabilities required. All of this is before we even consider the future IT roadmaps in terms of whether this will be the way we deliver the functions needed… all of which may return to haunt businesses when it tries to scale,” warns Vermeulen.

How then, he asks, can a line of business manager take into consideration non-functional aspects, or a roadmap, when they have not seen it?

The BML Digital CTO thinks that the biggest part of this party – and its biggest potential hangover – is just on the horizon: when businesses apply these value-based outcomes and pick ‘n’ mix methodologies to the processes outside of their own four walls – be it with regards it customers or suppliers.

This, he says, is the point where a business should be looking to capitalise not only on shifts in customer behaviour but also any improvements made by suppliers.

“This will demand a portfolio of change–tracking software changes throughout the wider, extended community of stakeholders, to ensure development doesn’t just spiral into a plethora of independent changes/initiatives,” advised Vermeulen. “This will ensure the party does not get too rowdy: mitigating risk, wasted investment, complexity and conflicts. But at this scale, partnership between the business and IT, with cross-functional teams developing approaches that work for both groups is vital.”

The alternative, concludes Vermeulen, is that after a short, heady party where low-code and no-code have flung open the doors and everyone has thought only of the immediate night in front of them, there is going to be a very expensive bar tab and a lot of cleaning up.