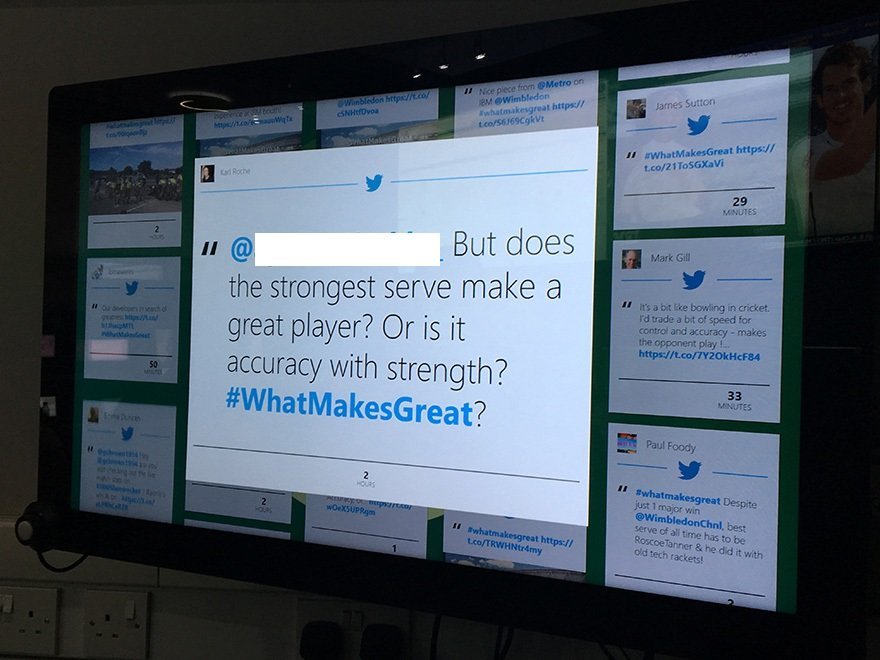 Wimbledon and IBM have both historical player data and 22 years of media content, interview transcriptions and articles which in 2017 it began analysing to decide what makes players great.

"We’ve been analysing what it actually takes to be a great Wimbledon champion" Sam Seddon, Wimbledon client programme executive for IBM explains.

Based on analytics of Wimbledon stats and 17 million pieces of social media content, a group of players were chosen who have appeared in at least two finals winning once since 1995 to come up with the six components that make up a “great champion” such as passion, performance under pressure, stamina and service return.

Social media interactions were also looked at to show how players were perceived and how they presented themselves online.

The Wimbledon and IBM teams were surprised at some of the suggestions the AI threw up regarding best players for components such as serve speed, with the system taking into account previously un-thought of stats such as improvements over time – even if a player is not famous for their serve, they could be considered one of the best by the AI if they have continuously improved over time.

The question was then put to social media using the hashtag #whatmakesgreat to generate discussion around the tournament and the players, further engaging audiences.