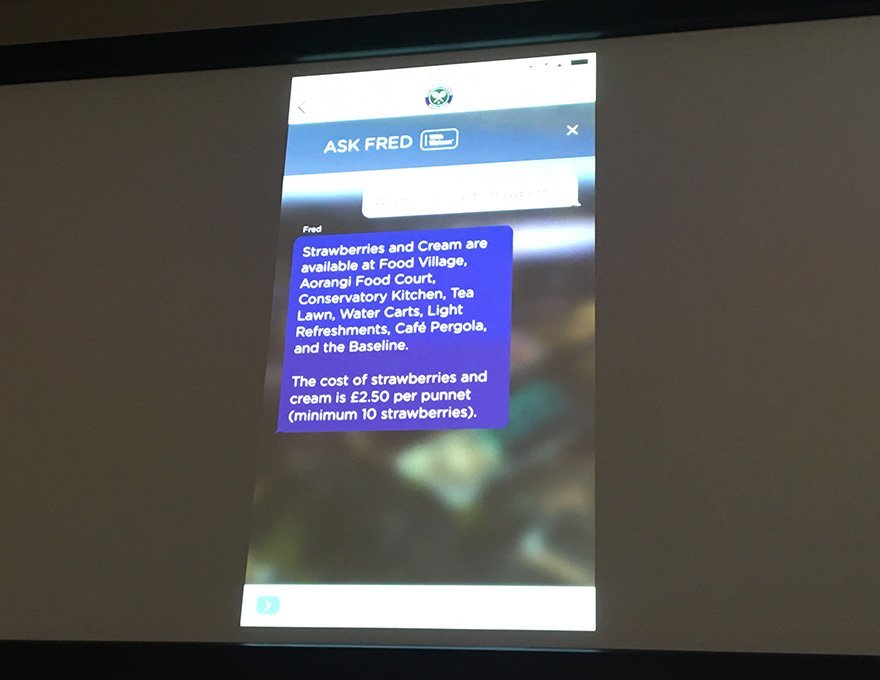 Though Wimbledon.com and the Wimbledon app are designed to enhance the spectator experience both on and off of the grounds, in 2017 more was experimented with and added to make the experience even better.

The aim has been to deliver more personalised content for fans, and to give them an idea what it's like to be in Wimbledon in areas they can't see.

Access to content has always been important for fans who cannot make it to the grounds, but in 2017 IBM and Wimbledon expanded this further do deliver a "View they can't get even if they are here".

This includes 360 degree video of areas such as the practice courts, viewable with augmented reality through the Google cardboard headset.

Fred, the Wimbledon chatbot named after Fred Perry, has also been introduced for the first time to answer questions Wimbledon fans may be asking.

Using artificial intelligence, Fred tries to answer fan questions as well as predict what their next questions might be and deliver the information fans want and need.