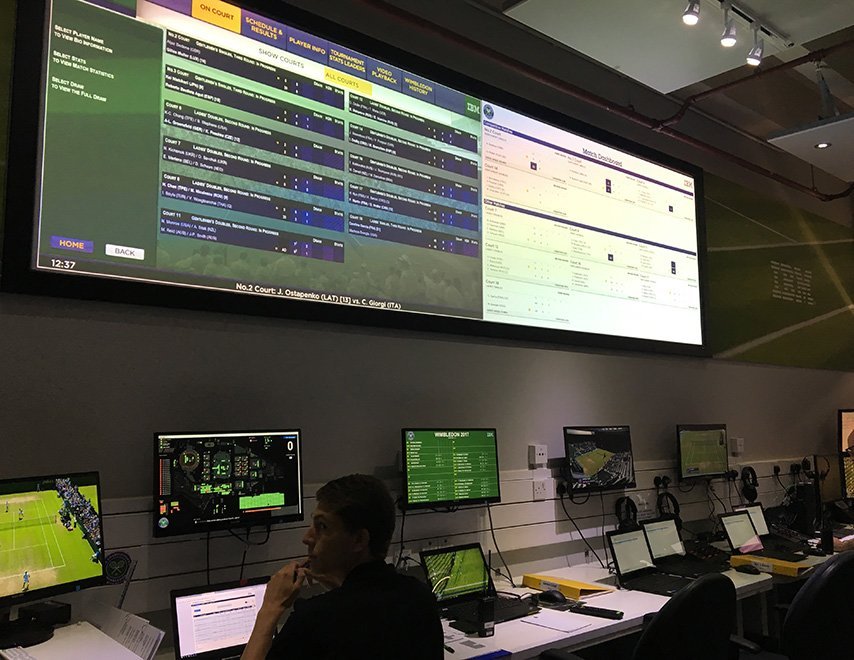 Wimbledon has been performing some kind of data capture on its games since 1992, and as the quality increased over time, the site has rich datasets from 2002 onwards.

Data on a number of different factors is captured, such as serve, speed and placement and return, as well as the co-ordinates of the ball.

These two datasets are them combined to paint a larger picture of what’s going on in the game.

A team of three sit by the side of the court calling the match, meanwhile two people in the bunker will enter this data into a system, with one acting as a shadow to pick up any discrepancies.

There are 10 cameras around the larger courts for line calling, and those in the bunker are able to watch a live feed of the game.

There are 48 people on the data entry teams, and many are selected based on their tennis skills as opposed to their tech skills.

"We have very good tennis players we train in our tools" explains Sam Seddon, Wimbledon client programme executive for IBM.

These statistics are fed into systems such as the IPTV tennis feed, and are available to press and within the player’s grounds so they can compare performance.

"All of the players get access to the same information, the same data." Seddon explains.

Players can play match analysis files so they can look at what happened, and they also have access to historical data.

But why is most of this data capture and entry manual?

"It’s quality of info, whether you're a bank or a consumer product company with a customer relationship management (CRM) system, if you’ve not got the base data right then then insights you’re going to generate from it ae going to be flawed.” Seddon explains.

“For us, that means teaching tennis professional the computer system rather than the other way round, because there are subjective elements in data capture within tennis. You need someone to be able to make that decision, and it’s quite hard for a machine to be as precise as we'd like to be."