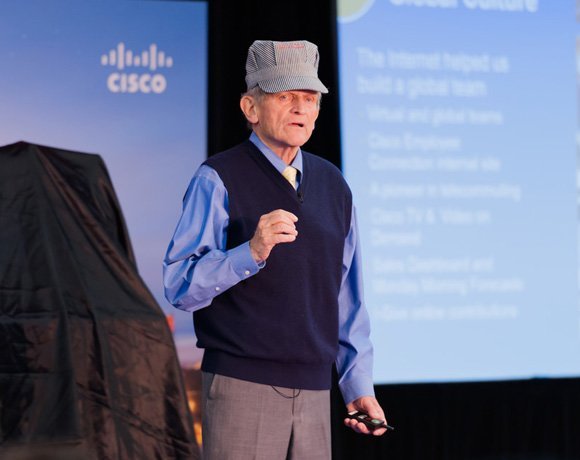 Former Cisco CEO John Morgridge turned up to talk to the media at Cisco Live and discussed the vendor’s 30 year history. The company was founded in 1984 and was run from Stanford University’s campus in California. Cisco was later told to pay Stanford a license fee for the technology invented on-site.

Morgridge joked that the university wasn’t wise in asking for cash from the Cisco founders, he said they would have been better off taking stock.

When Cisco had its first conference 25 years ago it only had 200 attendees, this year it gathered 25,000.

And Morgridge conducted his history while wearing a very questionable hat – an in-joke from the 25 years of customer appreciation evenings where each attendee is given a different hat each year.