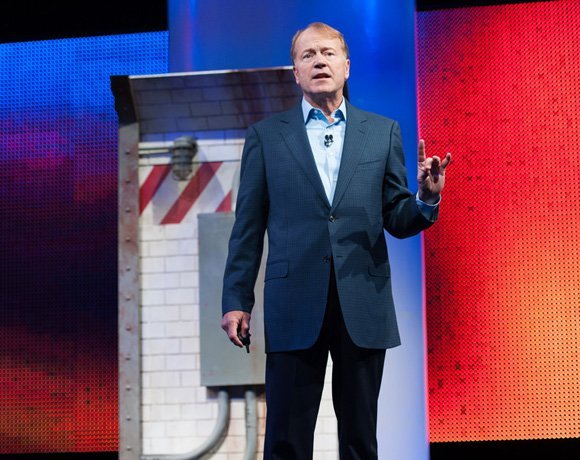 “You're going to see a brutal consolidation of the IT industry,” said Cisco’s CEO, John Chambers, during his keynote.

The IT industry is consolidating, and only the relevant players will be left standing, he said.

Chambers said this trend is now accelerating again and pure hardware suppliers will be challenged by this. But players that provide hardware, software and other commodities, such as cloud services, will stand a better chance of survival.

“Out of the top five IT players moving forward, only two or three will be relevant five years from now,” he said. “And it isn’t a given that Cisco will be one of those – we have to change for that to occur.”