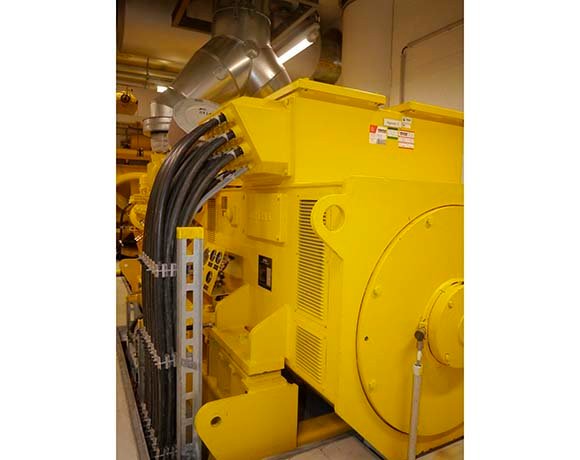 This is one of several 12 cylinder diesel generators that are kept on standby. At Erding, the datacentre can remain operational for between two to three days should there be a major power cut.

Significantly, the generators can match the power requirements of the server rooms, just eight seconds after a power failure. Even so, the datacentre's uninterruptible power supplies will carry on running for 20 minutes to enable servers and other critical hardware to be powered-down gracefully.

For Krips, the N+1 redundant configuration and high-speed fail-over only represent one half of the story of keeping Erding running 24 by 7, 365 days a year. "In the last couple of years we've seen in operations the need for more and more highly skilled people. IT operations has moved from people who move boxes to become a very sophisticated discipline, where you need to think through process automation and how to make processes fail-safe."

There will always be a balance between enabling highly skilled operations staff to solve problems, and the methodical processes that need to be adhered to to minimise human error. Krips believes in the power of a checklist, such as the pre-flight checklist a pilot and airline captain would go through. "The pilots are highly skilled people but they are following certain procedures to make sure nothing is overlooked."