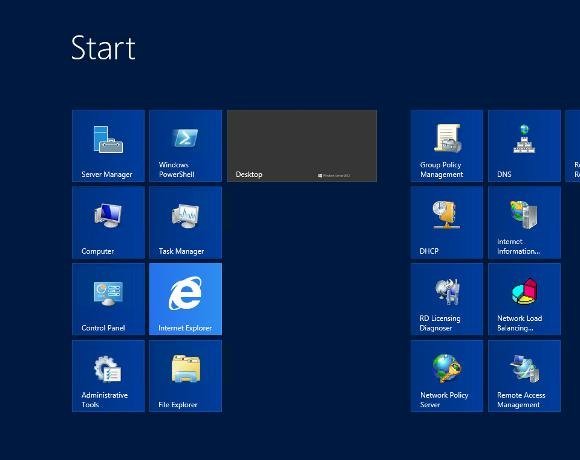 The contentious Windows 8 Start screen also exists in Server 2012. The main reason is probably consistency with Windows 8, particularly bearing in mind that all the Server 2012 applications are desktop applications, rather than the Windows Runtime apps which Microsoft is promoting for the client. Still, touch-friendly icons could be useful if you are managing the server from a tablet. In practice it matters little, since most features are available from the Server Manager and administrators will rarely see this screen. There is also a right-click administrative menu on the desktop, which includes quick access to tools such as Device Manager and Control Panel, as there is in the Windows 8 client. The main significance of Server 2012 in this context is that Microsoft hopes it will be used to power the services behind lightweight tablet applications.