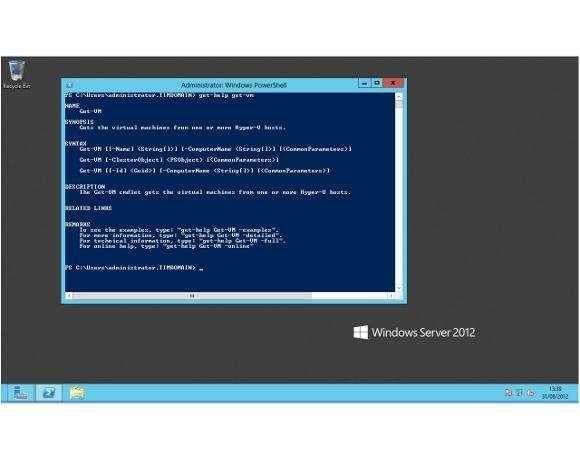 PowerShell is Microsoft’s automation engine for administrators, built on the .Net runtime but with its own language. It plays a key role in Server 2012, with one factor being that the lead architect for Windows Server Jeffrey Snover is also PowerShell’s inventor. Many of the operations in Server Manager are enacted by PowerShell scripts, and in some cases you can see the script that is generated so you can adapt it. There are new features in PowerShell, including IntelliSense code completion in the editor and a workflow engine, but the real improvement is in hundreds of new cmdlets, commands that you can use in scripts. Areas that were weak before, such as Hyper-V, are now comprehensively covered. PowerShell can be used remotely, so is turning out to be useful not only for local networks but also for managing servers in the cloud, such as those hosted on Windows Azure.