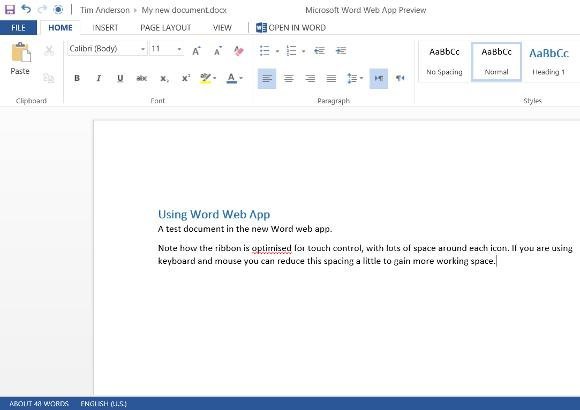 The web apps for Office, a feature of SharePoint, are enhanced in the 2013 wave. As with the desktop applications, the ribbon user interface is optimised for touch input. A button near the top left lets users move the ribbon icons further apart, to offer a bigger target for fingers. The web apps play a key role in enabling document sharing on non-Microsoft devices such as those running Apple iOS or Google Android. Although the company is rumoured to be working on iOS apps for Office, nothing was announced at the press launch in San Francisco. Rather, Microsoft points to the web apps as a way to access and edit documents in the Safari browser.