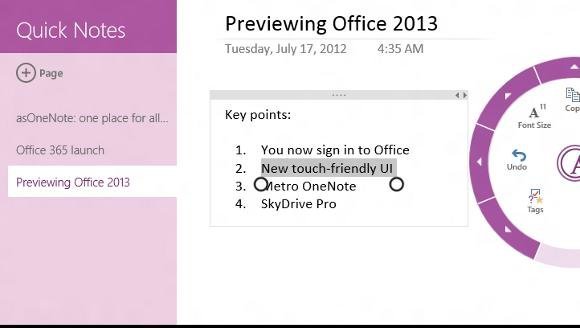 The migration of Office to the Windows 8 platform is a process not an event, and Microsoft is further ahead with some applications than others. A favoured app is OneNote, which has a true native Windows 8 app as well as a desktop version. The Metro version of OneNote includes what Microsoft calls a radial menu for applying formatting to text. This is a sophisticated control that is designed for touch, and demonstrates the value of a native Windows 8 app. Microsoft is not announcing any specific plans, but it seems plausible that more native Metro apps will be included in subsequent Office releases.