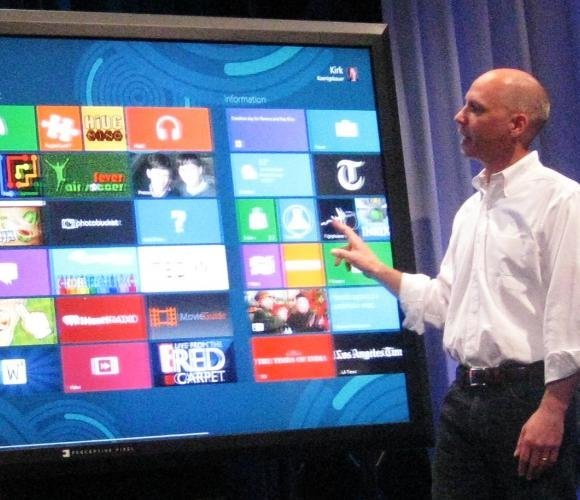 Corporate VP Kirk Koenigsbauer demonstrates Office 2013 on an eighty-two inch touch screen made by Perceptive Pixel, a company recently acquired by Microsoft. The Perceptive screens support ten points of multi-touch, enabling rich gesture support. Using such a screen, users can operate Windows 8 and Office 2013 standing up, using effects such as pinch and zoom to highlight key points or enlarge image details. You can also use it collaboratively, adding annotations with touch. The screens are expensive, though the company is promising to bring the price down when possible.